Cuba blames US for migrant crisis in Central America 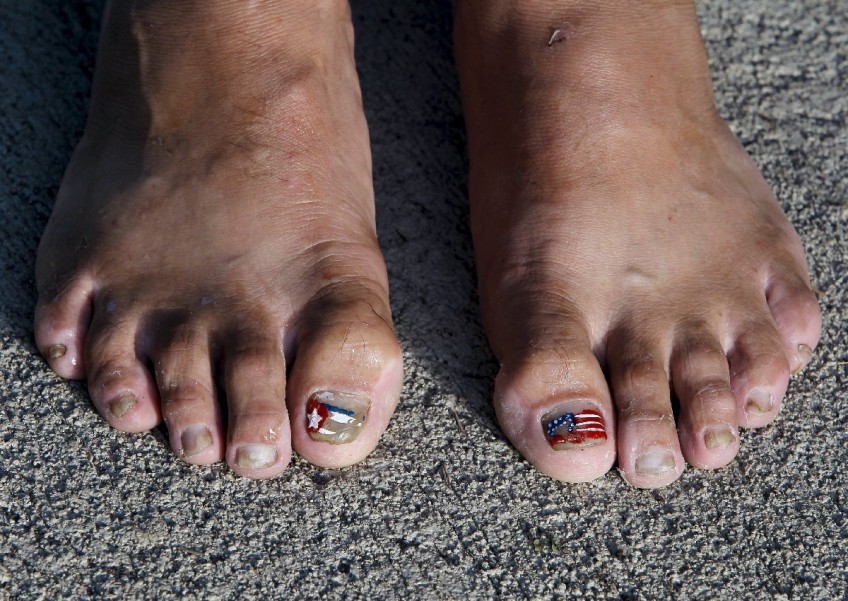 Cuban migrant shows her toes decorated with the flags of Cuba and the United States at a temporary shelter in a school in the town of La Cruz, Costa Rica
Reuters

HAVANA - Cuba's Communist government on Tuesday blamed the United States' Cold War-era immigration law for a migrant crisis in which more than 1,000 Cubans have been getting stuck at Central American border crossings in an attempt to reach the United States.

The Cubans have been making their way north from Panama to Costa Rica to Nicaragua, seeking to eventually reach the United States, where Cubans receive special treatment that welcomes them without a visa. But Nicaragua, a close ally of Cuba, closed its border with Costa Rica on Sunday to stop them. "The Foreign Ministry wishes to emphasize that these citizens are victims of the U.S. government's politicization of immigration issues," according to a statement read on the national news broadcast.

It was the first report about the ongoing migrant crisis in Central America in Cuba's officially controlled media, but it did not mention Nicaragua's decision to halt them at the border.

Cuba said it was in contact with the Central American governments involved to find a solution and that its people were also victims of human traffickers and criminal groups that prey on migrants.

Cubans are immediately received at the U.S. border and obtain permanent U.S. residence with relative ease.

In addition, the United States applies a "wet-foot, dry-foot" policy that allows Cubans who set foot on U.S. soil to stay while those captured at sea are sent back to their Caribbean island nation.

But with U.S.-Cuban relations improving since last December's detente, Cuban migration to United States has increased as Cubans anticipate a possible end to the preferential treatment.

Cuba has long complained that the U.S. law, known as the Cuban Adjustment Act, and the "wet-foot, dry-foot" policy intentionally lure Cubans on a dangerous journey. "This policy stimulates irregular emigration from Cuba toward the United States and constitutes a violation of the letter and the spirit of migration accords that are in force and through which both countries assume an obligation to guarantee legal, safe and orderly emigration," the statement said.

Some 1,200 Cubans had been stuck in Panama, attempting to cross into Costa Rica when Costa Rica suddenly tightened its immigration policy, then reversed course and allowed the Cubans in on Saturday.

But after passing through Costa Rica they were stopped at the Nicaraguan border on Sunday.

Nicaragua's accused Costa Rica of sparking a "humanitarian crisis" by allowing more than 1,000 Cubans to proceed.