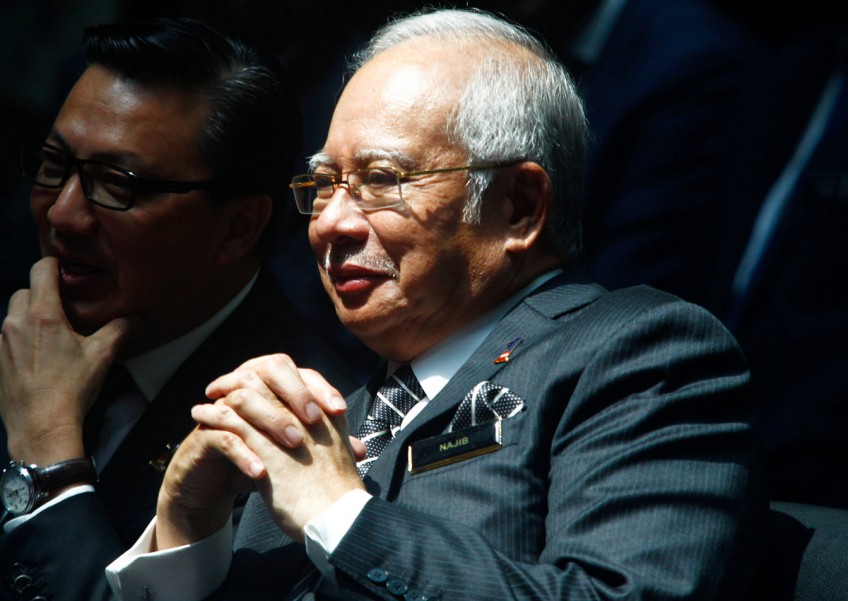 Malaysia is not alone in experiencing a decline in its currency as other countries in the region are also facing the same challenges, said Prime Minister Najib Razak.
Reuters

KUALA LUMPUR - Malaysia is not alone in experiencing a decline in its currency as other countries in the region are also facing the same challenges.

Prime Minister Datuk Seri Najib Tun Razak said this followed the strengthening of the US dollar.

Responding to a question from Dr Tan Seng Giaw (DAP-Kepong) at the Dewan Rakyat, he said the declining ringgit was mostly due to the changes in the flow of funds in the market, which were influenced by external factors.

Among these were the expectation that the interest rate in the United States would increase along with uncertainties in the price of crude oil and China's financial market.

The prime minister said political uncertainty in the United Kingdom, Europe and the US also had an impact on demand in the growing markets.

"These are among the many factors that had given a negative impact on most currencies of the developing countries," said Najib.

As a short-term measure, he said the Government would always make sure that the foreign exchange market would not be badly affected.

The position of Bank Negara Malaysia's reserves amounting to USD$95bil (RM420bil) would continue to be a cushion to the fluctuations in the financial market, he added.

He said Bank Negara would continue to provide liquidity in the market to ensure a smooth and stable condition.

Najib pointed out that the measures taken by the Government were showing encouraging results as the value of the ringgit had significantly stabilised.

He said that elements of economic sabotage conducted by certain irresponsible quarters should be stopped immediately, in the interest of the country and the rakyat.

Najib also said the views and sentiments made by painting stories with inaccurate and unfounded facts could have an adverse impact on the economy.

"Although we have different political leanings, the country's interest should not be pawned for the interest of their party politics.

"This is of high importance as the national interest should be above everything else," he said in reply to a supplementary question from Datuk Seri Dr Irmohizam Ibrahim (BN-Kuala Selangor).

Najib said that the country nearly lost some RM31bil of investment from Saudi Arabia's Aramco, which recently invested in the Refinery and Petrochemical Integrated Development (RAPID) project in Pengerang, due to the spread of baseless facts by certain quarters.

"However, we managed to correct the facts, and convinced them that the economy is administered in the right way and had been recognised by various rating bodies," said Najib.