Cyclone Debbie proved one thing: Australians can tackle it with style 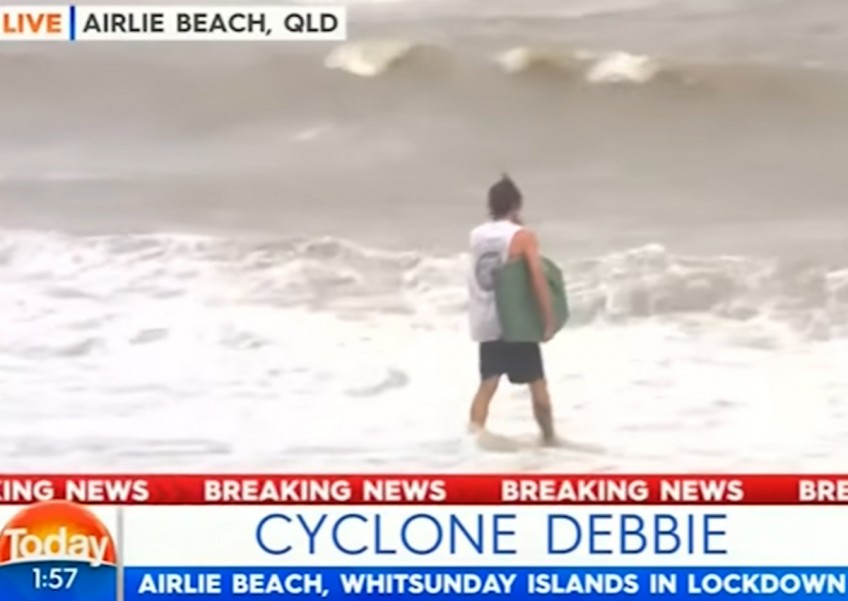 Cyclone Debbie was a big one. It tore down trees, smashed wharves and sent people huddling indoors as it made landfall in north Queensland on Tuesday.

But even in the face of wind gusts that reached at least 260 kilometres (162 miles) per hour, there was plenty of bizarre, occasionally foolhardy behaviour going on in the face of one of the biggest storms to hit that part of the country since Cyclone Yasi in 2011.

Consider that Queenslanders avoided gluten-free bread, despite the supermarket appearing to have no other options.

Or how the residents of Ayr told Debbie where to go, impolitely.

The town of Bowen was similarly to the point.

Others were more genteel.

These kangaroos boxing instead of seeking shelter summed up the mood.

Some absolute idiot tried to windsurf in cyclonic conditions.

A kite surfer in Bowen has been capture surfing the winds of Tropical Cyclone Debbie. #7News pic.twitter.com/o4jKe8XoG9

One guy used the natural disaster for a cheeky sale.

Cyclone Debbie was downgraded Wednesday morning, as authorities begin to cleanup the debris, clear blocked roads and check on residents.

According to all reports, the Aussie spirit remains intact.