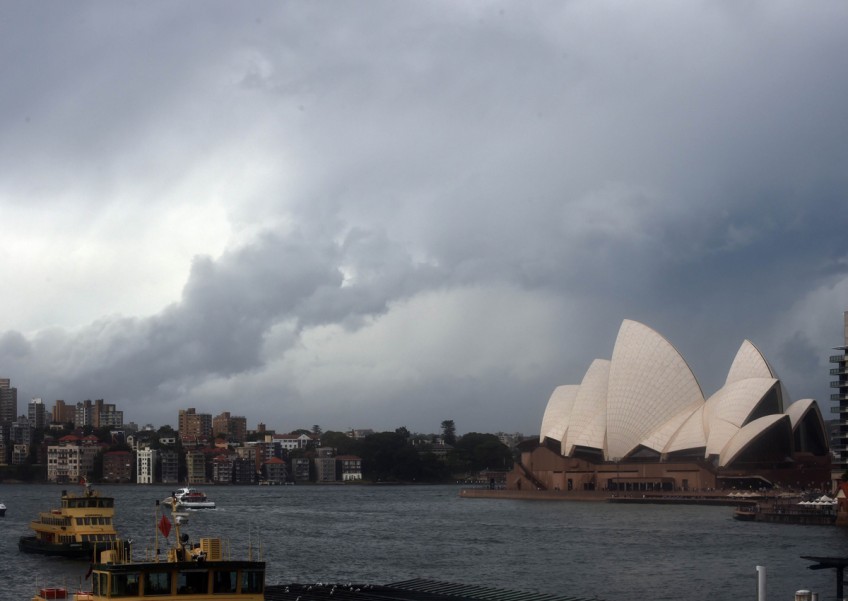 The cyclone is just one of the severe weather events Australia experienced during the weekend, with several weather fronts hitting the nation.

One man was killed after being swept away by floodwaters overnight in southern Queensland, state police said on Sunday. In New South Wales a mini-tornado destroyed several homes while roads were flooded and power cut in several regions.

In Tasmania, some 80 wild fires have been burning mostly in the west of the island state since lightening struck on January 13, destroying more than 72,000 hectares of bushland, including 1,000-year-old trees in World Heritage listed forests.

In Tasmania's east, communities were warned to brace for further flooding on Sunday as heavy rainfall was forecast.

While inland communities in Western Australia's Pilbara remained on red alert as Cyclone Stan tracked southeast and weakened on Sunday, port authorities in Dampier and Port Hedland, through which almost half the world's seaborne iron ore is shipped, were readying to reopen following their closure on Friday, a ports spokeswoman told Reuters.

More than 37.5 million tonnes of iron ore was shipped from Port Hedland in December, latest figures show, with the bulk of it heading for steel mills in China.

BHP Billiton Ltd., which evacuated workers from its port operations, said in a statement that any impact to production or sales will be reported in its next operational review.

Smaller miner Fortescue Metals Group, said in a statement during the shutdown on Saturday that there was no change to the company's shipping guidance, which takes the weather impact of cyclones into account, this financial year.

Cyclone Stan is the first of the season which usually runs for six months from Nov 1.