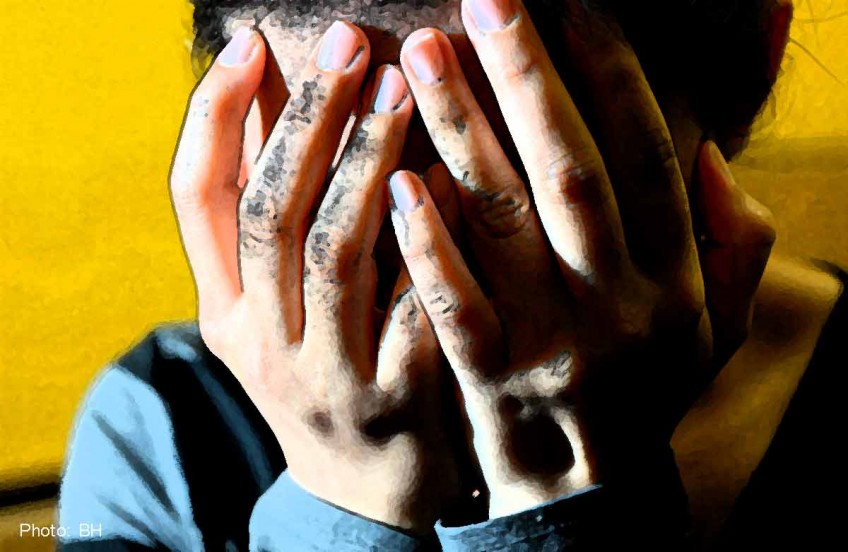 An 18-year-old man who was allegedly caught red-handed molesting a child was badly beaten up by the child's enraged father until he became unconscious.

The father then called the police to arrest the bloodied assailant.

The father, who is from the US state of Florida, has not been charged with any crime, reported CBS News.

His identity and that of his son were not released to protect the identity of the minor as an alleged sexual abuse victim.

The father had called 911 at around 1am last Friday after he walked in on the alleged abuse of his 11-year-old boy, the police said.

"He is nice and knocked out on the floor for you," the father told the 911 dispatcher.

Police officers found Raymond Frolander motionless on the living room floor. He was bleeding from the mouth.

The father, who sounded enraged during the 911 call, told Volusia County emergency dispatch that Frolander was close to the family and was in the apartment while he was out, reported CNN.

When he got home, the look on Frolander's face made him think something was wrong.

He said Frolander's pants fell down to his ankles "and nothing else needed to be said" when he saw his exposed genitals.

His son later told child protective investigators that Frolander had molested him since he was eight years old, CBS Orlando affiliate WKMG-TV reported.

When the 911 dispatcher asked the father if he had used weapons to knock out Frolander, the father told the dispatcher, "my fist and my foot", reported CNN.

The father said Frolander was breathing, but not speaking, "in a puddle of blood" on the floor.

The father said he had trusted Frolander, who had been alone with his child before.

When Daytona Beach Police Chief Michael Chitwood was asked if he had any issue with the father's reaction, he said: "Not as a police chief and not as a father."

Mr Chitwood said he doesn't see anything they could charge the father with.

Frolander is charged with sexual battery on a child under 12 and is being held without bail.

According to the arrest affidavit, Frolander admitted the abuse.

Not as a police chief and not as a father.

- Police Chief of Daytona Beach, Florida, Michael Chitwood, when asked if he had any issue with the father's reaction