Dallas gunman was drawn to anger of "black power" groups 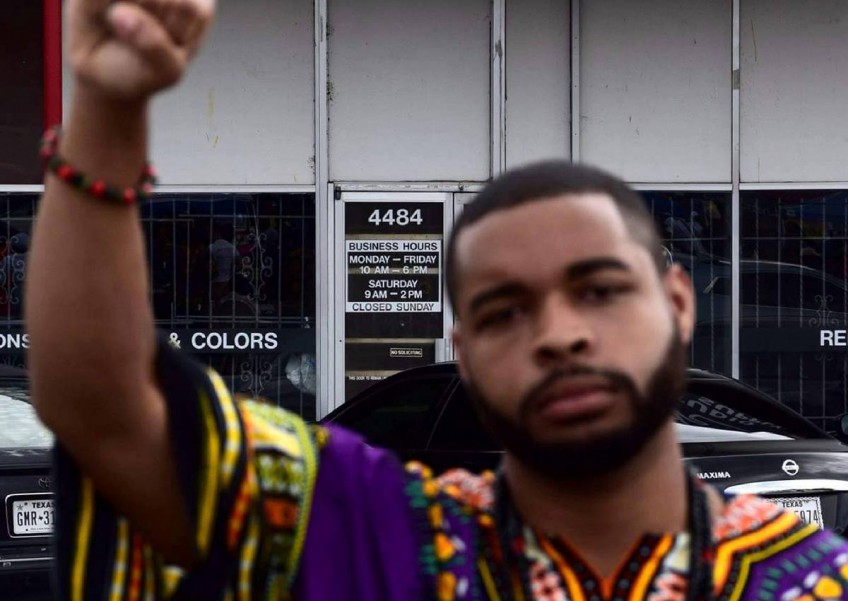 Micah Xavier Johnson, a man suspected by Dallas Police in a shooting attack and who was killed during a manhunt, is seen in an undated photo from his Facebook account
Reuters

The 25-year-old army veteran who killed five Dallas police officers interacted with several "black power" groups, some of which post vitriolic and racist rhetoric online and which sometimes condone violence.

Micah Xavier Johnson's links with the groups were being investigated by U.S. law enforcement on Friday, highlighting the role of little known organizations that rail against racial injustice and police abuses.

"We don't condone it, we don't support it, but we understand it," Omowale told Reuters.

Omowale said the club was founded in August 2014 in the wake of black teenager Michael Brown's fatal shooting by police in Ferguson, Missouri, and organizes armed groups under Texas's"open-carry" gun laws to monitor police and drug activity.

He said he did not know Johnson personally but recognized him from gatherings to commemorate black historical events.

"He wasn't a stranger to us." On Facebook, Johnson "liked" the New Black Panther Party, the Black Riders Liberation Party, the Huey P. Newton Gun Club, and the African American Defense League, which following Thursday night's shootings by calling for attacks on "everything in blue except the mail man."

Johnson, who posted anti-white messages on Facebook pages of some of the groups days before his attack, had also liked pages for affiliates of the Anonymous group and conspiracy-minded pages like "Illuminati Exposed Media."

He also liked pages for the Black Lives Matter movement, which advocates peaceful protests against violence towards black people, appeared to have an interest in gun culture, and followed a tactical shooting page called "Guerrilla Approach."

U.S. law enforcement officials said on Friday they were trying to determine the relationship between Johnson, who was killed by police, and the black extremist groups that he praised online.

They said it appeared the gunman had acted alone but that they were still investigating whether anyone assisted him in the shootings, which killed five police officers and wounded seven.

NO TRACK RECORD OF VIOLENCE

Experts on hate groups said the black power groups have little track record of violence in the wake of recent high-profile police killings of black men in Ferguson, Baltimore, New York and other cities.

Since the 2014 killing of Brown in Ferguson, no attacks have been carried out by the groups, said Heidi Beirich, the head of the Southern Poverty Law Center's intelligence analysis. "These groups are not associated with violence on a regular basis the way skinheads or neo-Nazis are now," said Beirich.

"They don't have a list of members who have been arrested for crimes the way many white supremacist groups' members have."

The center says there was an increase in the number of chapters of "black separatist" groups to 180 from 113 between 2014 and 2015. It says the New Black Panthers posts "virulently"racist and anti-Semitic messages.

Johnson also displayed a photograph of himself on Facebook with the rapper Professor Griff, a member of the group Public Enemy who has accused law enforcement of harassing him. In a message on Twitter posted on Friday, Professor Griff said he did not know Johnson.

FBI spokesman Chris Allen said the FBI was focused on assisting the Dallas investigation and had no immediate comment on the larger context of Black nationalist attacks on police officers.

Beirich said it was not clear if Johnson belonged to the radical groups he liked on Facebook or simply was influenced by their online literature and ideas. "It may turn out he is a member of one of these organizations but nowadays even white extremists are less and less formal members of groups and engage in propaganda and liked minded racism on the web," Beirich said.

Omowale of the Gun Club said Johnson had been "very compassionate about his people." "It hurt him and broke his heart every day to read on social media about his people being killed by police," he said. "This didn't happen because a man wanted to go out to kill some people. The judicial system in America is corrupt."