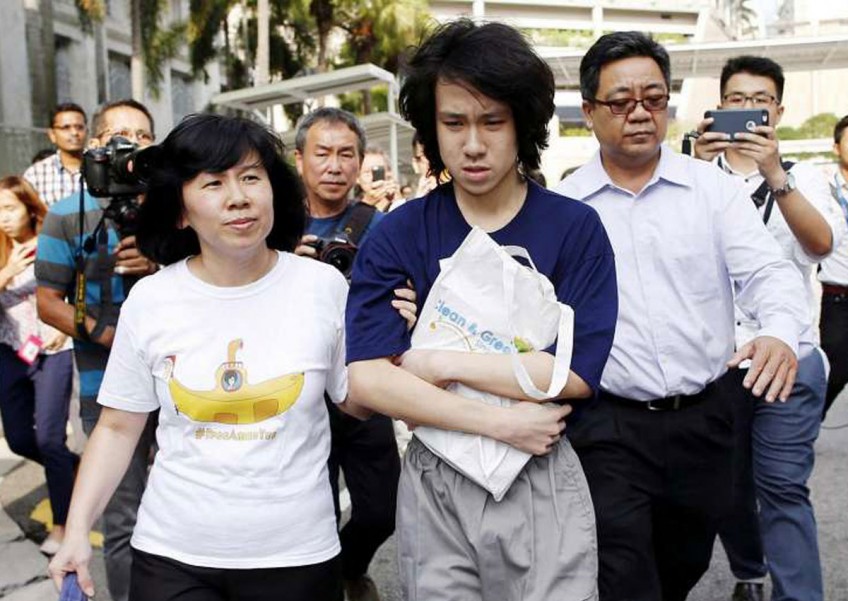 Teen blogger Amos Yee leaves with his parents after his sentencing from the State Courts in Singapore on July 6, 2015.
Reuters

A decision on the application for political asylum in the United States by Singaporean teenage blogger Amos Yee is expected in two weeks.

"After hours of testimony from numerous witnesses, Amos Yee's asylum hearing is over and a decision is expected in two weeks," Grossman Law, the law firm representing the 18-year-old, said in a tweet after the hearing on Tuesday.

The hearing, which was not open to the public, took seven hours, his lawyer Sandra Grossman told The Straits Times over the phone.

Mr Kenneth Jeyaretnam, secretary-general of the Reform Party, was one of those who testified.

He explained, among other things, "the context of conditions in Singapore, why the Government behaves the way it does and how it uses statutes and laws".

"Mr Jeyaretnam gave examples of prosecutions," Ms Grossman said, and added that he believed people should be allowed to express themselves even if it is considered offensive to others.

Mr Yee, who had served two jail terms in Singapore for wounding religious feelings, has been in detention in the US since arriving in Chicago on Dec 16.

He was on a tourist visa with a round-trip ticket from Singapore.

"The US government opposed protection for Amos Yee," Ms Grossman said. "The Department of Homeland Security said Amos Yee was legitimately prosecuted under Singapore laws for obscenity and religious freedom, and that these laws apply to everyone, and he can't be considered persecuted.

"We argued that laws used to prosecute were only a pretext in order to restrict and silence his… political opinion."

She added: "The judge regretted that Amos Yee remained in custody and said he would probably have a decision in two weeks."