Childish squabbles over the origins of Covid-19 are distracting the public and researchers from more urgent work, a scientist said, as a peer called for answers to lingering questions about the virus research carried out at a laboratory at the centre of the controversy.

The theory that scientists at the Wuhan Institute of Virology engineered Sars-CoV-2, the virus that causes Covid-19, was very unlikely, Wu Chung-I, an evolutionary biologist who has spent most of his career at the University of Chicago, told an online seminar hosted by Beijing-based think tank the Global Governance Institute.

For months, China and the US have traded barbs on the issue, accusing each other of politicising the investigation into its origins and pushing theories that the virus may have escaped from a laboratory in the other country.

"For us to spend so much time and energy on this low probability event, we look like a bunch of school kids fighting in the playground. We're not trying to solve anything … It's a complete waste of time," Wu said at the seminar on Wednesday.

The example of the Delta variant, which is spreading globally and has undergone multiple mutations on the basis of the wild strain of Covid-19, shows it is highly unlikely that researchers could just tinker with the virus to add a few mutations and expect it to become super efficient at infecting the human population, Wu argued.

"The virus has to go through a very long process to become extremely well-adapted to human conditions," he said. 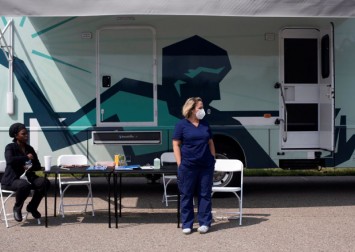 "It's inconceivable either through lab synthesis or through taking a virus from nature, from any animal, and releasing it into the human population and expecting it to burn through the population. I consider it extremely unlikely

"Politicians can be very sure about what the origin is but scientists should be more circumspect about this," Wu said.

Virologist Jonathan Stoye from the Francis Crick Institute in Britain, however, said questions remained over the "gain of function research" carried out by Wuhan institute researcher Shi Zhengli and University of North Carolina epidemiologist Ralph Baric, and the possibility of the virus accidentally escaping from the lab, something that has happened before.

Gain of function refers to research which modifies a pathogen to make it more transmissible or take on new qualities.

"Simply denying this possibility does not help resolve the question. A thorough lab audit conducted in the early stages of the investigation with a group experienced in such matters, and given the opportunity to examine all the lab records and hold discussions with all staff might well have solved this problem," Stoye said at the seminar.

Last month, Beijing rejected the World Health Organisation's plans for a second phase of investigation, including audits of laboratories in Wuhan, the Chinese city where the first Covid-19 cases were reported in late 2019.

An official with China's National Health Commission called the lab hypothesis - centred on the Wuhan Institute of Virology - a rumour, while the foreign ministry has in recent months promoted the theory that a lab at the Fort Detrick US military base in Maryland was the more likely source.

Separately, Chinese and Scottish scientists in a letter to Science Magazine said that the evidence did not support the lab leak theory, and suggested that trade in wild animals may have been behind the coronavirus's jump into the human population.

The letter, published this week, said the shortage of pork, the main meat product of China, caused by African swine fever saw about 150 million pigs being culled and a reduction of roughly 11.5 million tonnes in the pork supply in 2019.

This severely disrupted the meat trade as prices surged, and movement of live pigs was restricted to try to control the swine epidemic. 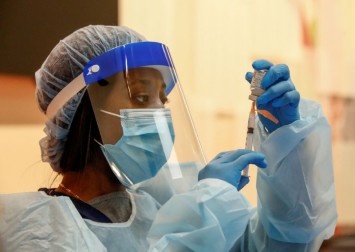 "In response, food consumers and producers may have resorted to alternative meats, including farmed or captured wildlife, especially in southern China where wildlife is traditionally consumed," the letter said.

"The resulting increased trade of susceptible farmed animals and wildlife could have brought humans into more frequent contact with meat products and animals infected with zoonotic pathogens, including [coronaviruses]."

Interviewing and testing the blood and other samples of trappers, traders and farmers linked to wildlife sold in the Wuhan markets in October and November 2019 would be a sensible next step in future investigations, according to the letter.

A research paper published in June this year by British and Chinese scientists estimated that 47,000 wild animals were sold in Wuhan in the two and a half years before Covid-19 was first identified there.