Medical staff in PPE walk at a nucleic acid testing site following an outbreak of the coronavirus disease (Covid-19) in Beijing, China, on Jan 18, 2021.

As the highly infectious Delta variant challenges pandemic control efforts around the world, a great unknown looms large: what might the virus behind Covid-19 do next?

Scientists widely agree that new mutations of Sars-CoV-2 are likely to emerge as time goes on, bolstering a roster of Greek letters that already includes Alpha, Beta, Gamma and Lambda.

The question is whether the virus behind the worst pandemic in a century will evolve to become more or less threatening in terms of its harmfulness to human health, contagiousness and resistance to vaccines.

Although the history of past viruses offers potential scenarios for the current pandemic’s trajectory, there is no firm consensus on the threat posed by emerging variants. Experts widely agree that Sars-CoV-2 will continue to circulate in some form or another for years to come, but there is no way of knowing exactly how it will evolve, and not all mutations are necessarily more dangerous or concerning.

“Sars-CoV-2 variants are bound to emerge, but not all mutations will have negative public health impact,” said Yvonne Su, an assistant professor at Duke-NUS Medical School’s Emerging Infectious Diseases Programme in Singapore. “It is important to monitor and assess emerging variants as some of them could lead to increased risk.”

The World Health Organization has so far identified four mutant strains as “variants of concern”, including Delta, which is about twice as transmissible as the original strain first identified in Wuhan, China.

Delta is now the dominant strain worldwide, having spread to at least 135 countries since being first identified in India in October 2020. Its rapid spread has fuelled caution about lifting pandemic restrictions, particularly in risk-averse Asia-Pacific economies such as China , Hong Kong , Vietnam , Australia and New Zealand , which have relied heavily on eradication attempts and strict border controls to keep cases and deaths low.

The WHO has also listed four variants as being of interest, based on “genetic changes that are predicted or known to affect virus characteristics”, such as transmissibility, severity and resistance to vaccines.

While there is evidence that the Delta variant is more easily transmitted among vaccinated people than the original Wuhan strain, none of the variants has been proven to render vaccines ineffective at preventing serious illness and death.

In Britain , where about 75 per cent of over-18s are fully vaccinated, hospitalisations and deaths have dropped to a fraction of their peak despite tens of thousands of daily new cases in recent weeks. According to Public Health England data, just 512 people who received two vaccine doses were hospitalised between July 19 and Aug 2, compared to a daily average of nearly 39,000 hospitalisations during the January peak.

Read Also
How the Delta variant upends assumptions about Covid-19 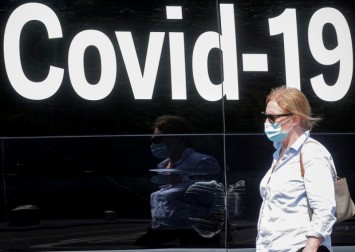 Some experts have predicted Sars-CoV-2 could become less virulent – or severe – over time, in accordance with the virulence-transmission trade-off hypothesis. The theory, which is widely cited but has mixed support among the scientific community, holds that increasing virulence is associated with declining transmissibility because killing the host does not help the pathogen to spread.

Polly Roy, a professor of virology at The London School of Hygiene and Tropical Medicine, said most viruses evolve “gradually over time to be more beneficial for the virus”, which means not losing the host.

“A timeline is impossible to predict but most pandemics in the past have run out of steam after a couple of years so that sort of timescale may be realistic,” she said.

“Most variants will not have too much impact on the current vaccines and will still be controlled by vaccination … So, we have no reason to panic. Changes to date have been quite subtle, not drastic, so the fundamentals of the virus have remained the same, they infect the same cells and cause more or less the same disease.”

Some scientists see clues about the potential trajectory of Sars-CoV-2 in the evolution of one of the coronaviruses behind the common cold. Last year, researchers at the University of Leuven in Belgium traced the point at which the OC43 coronavirus jumped from cattle to humans to the same period as the 1889–1890 pandemic, suggesting it may have been behind the global outbreak that cost an estimated 1 million lives.

“It is a possibility that as the virus becomes more infectious, it will also be less pathogenic,” said Lawrence Young, a virologist at Warwick Medical School. “There are analogies with flu viruses and the common cold coronaviruses – where initial infections, as the virus jumps from animals to humans, cause a lot of illness and death but as the virus spreads and mutates over the time it becomes less disease causing. This may have been the case with the OC43 common cold coronavirus.”

Young said that while the world was facing a “delicate” moment, panicking about each new variant was unhelpful and societies would ultimately have to learn to live with the virus.

Other experts have sounded more alarming warnings about the threat of mutant strains, particularly the risk of a variant emerging that is resistant to current vaccines.

In a survey of 77 epidemiologists carried out by the People’s Vaccine Alliance in March, two-thirds of respondents said they believed the virus would mutate to the extent that first-generation vaccines were rendered ineffective within a year or less. 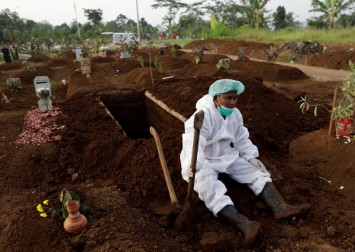 Nikolaus Osterrieder, dean of the Jockey Club College of Veterinary Medicine and Life Sciences at City University in Hong Kong, said past experience suggested new variants would be more transmissible and resistant to vaccines.

“Simply speaking, viruses don’t have any benefit from becoming more virulent, they are only ‘interested in’ survival and spread,” said Osterrieder. “Consequently, the virus will not care whether it becomes more or less virulent so long as it can spread efficiently. Generally speaking, there is a virulence-transmission trade-off, so an equilibrium will be reached.”

But Osterrieder said the emergence of new variants did not change the need for societies to learn to live with the virus and its mutations.

“We need to move our attention from ‘cases’ to ‘disease burden’,” he said.

Su, the Duke-NUS Medical School professor, said there was little evidence to assume viruses become less virulent over time and that the reduced impact of certain diseases could be the result of increased immunity due to infection or vaccination.

High vaccination rates would be crucial to getting back to normality, Su said. “The rate of vaccination needs to increase if we want to live with the virus,” she said.