Despite epidemic, Russia cracks down on HIV activists 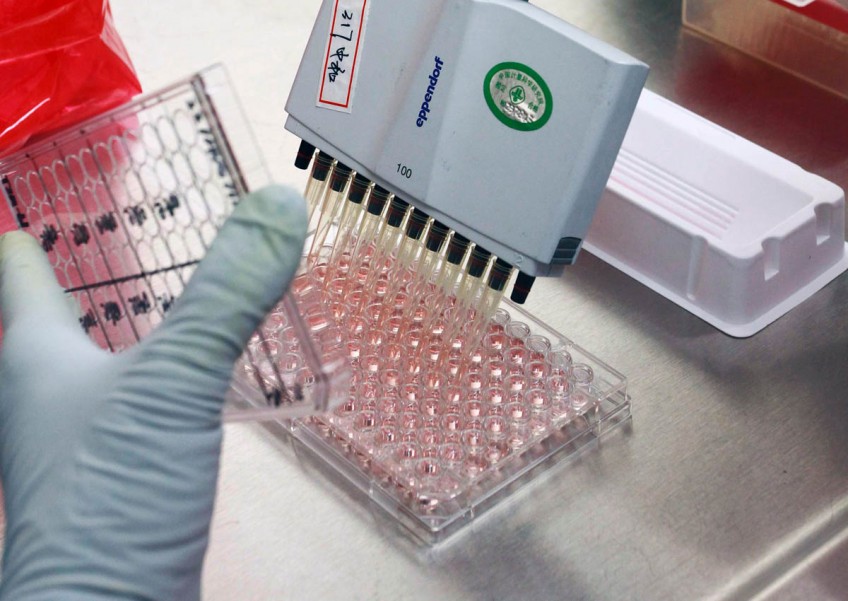 MOSCOW - Despite a rising HIV epidemic in Russia, officials appear to be clamping down on the few organisations trying to fight the spread of the virus.

Officials have already targeted dozens of other NGOs in fields from human rights to environmental protection.

Yet last month, the label was slapped on Esvero, an umbrella group for organisations fighting the spread of HIV in Russia, and the Andrey Rylkov Foundation, which runs Moscow's only programme offering clean needles and advice to drug addicts.

"What sort of foreign agents are we?" asked Maxim Malyshev, who heads the programme at the Andrey Rylkov Foundation.

"We go out each day in the streets to help our fellow citizens who suffer from drug addiction and have been abandoned by the state." AIDS activists in Russia have long fought an uphill battle.

Under President Vladimir Putin, the country has taken an increasingly conservative turn that - along with the influence of the powerful Orthodox Church - has seen official policy promote abstinence rather than condom use and focused exclusively on treatment instead of prevention.

The activists say the latest moves are sidelining their efforts.

The number of Russians registered with HIV rose to more than one million this year, double the rate in 2010, according to official statistics. Some activists say these figures may be underestimated.

Russia's top AIDS expert Vadim Pokrovsky said that in 2015 alone, some 100,000 people contracted the virus. He has previously warned that within five years the overall figure could reach as high as three million.

The clampdown comes under a controversial law, introduced in 2012 after mass protests against Putin, that blacklists groups that receive funding from abroad and are deemed to be involved in political activity.

Already some 130 NGOs and charities across Russia have been branded "foreign agents", a tag reminiscent of the Soviet-era crackdown on dissidents. This has forced a number to refuse vital foreign funding or shut down.

The crackdown first hit HIV prevention activists in February when a small regional group in Siberia was blacklisted, followed two months later by another in central Russia. Esvero and the Andrey Rylkov Foundation were added in late June.

"We have already lost five partnerships with other associations because people are afraid of being involved with us now that we are 'foreign agents'," Esvero's Elena Romaniak told AFP.

"We want to switch to receiving financing purely from Russia, but five requests that we've made for public financing have been refused," she said.

While HIV groups were spared until now, Tanya Lokshina from Human Rights Watch said that the authorities appear "compelled to add new organisations to the (foreign agents) list and with the list being so long already, they don't have much choice anymore."

"New amendments to the law make it very clear that any advocacy work constitutes political activity," she said. "This is particularly ironic in the current situation, when the health authorities actually acknowledge an HIV/AIDS epidemic."

Esvero, the Andrey Rylkov Foundation and other such groups say the government has failed to respond to the HIV crisis. If they are now forced to close, they say it would be a serious blow to already limited efforts to prevent the spread of the virus.

"We can't continue using the methods for fighting it that we currently use. Access to treatment is becoming expensive and there are more and more sick people," said a frustrated Romaniak .

"Why can't anyone take on board what is happening?" she asked. "It is as if the authorities don't consider it their problem."