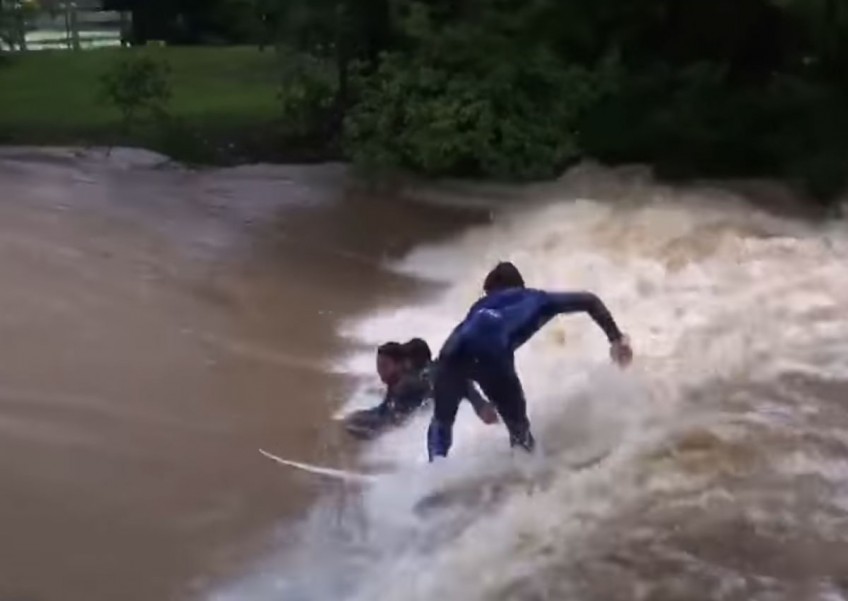 The brunt of Australia's Cyclone Debbie has resulted in flooding, with thousands of people told to evacute their homes.

But for some risk-taking surfers, the onslaught of water down streets and hills presents an opportunity for thrill seeking.

That's despite authorities warning people to stay out of the floodwater, because well, there might be sharks lurking underneath - if the threat of drowning in fast moving water wasn't enough of a threat.

Take these dudes surfing on raging floodwaters Murwillumbah Weir, and there's a jet ski at about 28 seconds in too. Australians, hey.

Or these dudes who tailed on to a four-wheel-drive. No need for a boat, it seems.

Again, it's pretty bad idea to go into floodwaters, people. And if you're affected by floods, stay safe!