Disney animation chief John Lasseter said Tuesday he is taking a six-month leave of absence after acknowledging in an internal memo that he had made staff feel "disrespected or uncomfortable" with unwanted hugs.

The 60-year-old executive, best known for transforming Pixar from a small graphics department at Lucasfilm into the most successful animation studio in the world, was the pioneering director of "Toy Story" and "Toy Story 2."

His announcement that he is taking leave follows a flood of complaints over varying degrees of what is politely termed sexual misconduct by numerous powerful entertainment industry figures, including producer Harvey Weinstein and actor Kevin Spacey. 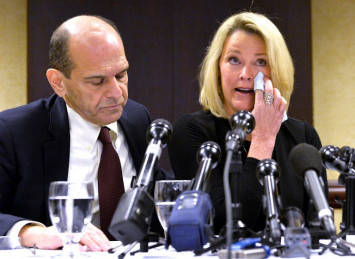 Lasseter apologised to "anyone who has ever been on the receiving end of an unwanted hug or any other gesture they felt crossed the line in any way, shape, or form," in the internal memo, forwarded by the entertainment giant to AFP.

The Oscar-winning filmmaker and senior executive admitted he had been "falling short" in ensuring a culture of "trust and respect" at his animation studios.

"I've recently had a number of difficult conversations that have been very painful for me. It's never easy to face your missteps, but it's the only way to learn from them," he said.

"As a result, I've been giving a lot of thought to the leader I am today compared to the mentor, advocate and champion I want to be. It's been brought to my attention that I have made some of you feel disrespected or uncomfortable."

He acknowledged that his staff had the right to set their own boundaries and have them respected, "no matter how benign my intent."

He said he had agreed with Disney executives to a six-month sabbatical to "reflect on how to move forward" and "start taking better care of myself."

"We are committed to maintaining an environment in which all employees are respected and empowered to do their best work," a Disney spokesman said in a statement.

"We appreciate John's candour and sincere apology and fully support his sabbatical."

Entertainment trade paper The Hollywood Reporter, citing multiple unnamed sources, described a "pattern of alleged misconduct detailed by Disney/Pixar insiders" by Lasseter, some of which had involved the actress Rashida Jones. 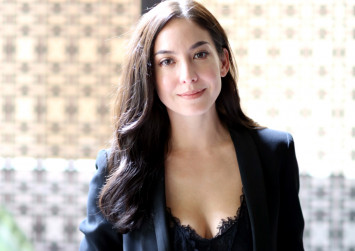 The report said Lasseter had made "unwanted advances" on Jones, who is best known for the NBC comedy "Parks and Recreation" and is credited as a writer on the upcoming "Toy Story 4."

His behaviour caused the star to leave the project early, sources told THR, although a studio source told the paper the departure was over "creative differences."

Multiple sources were quoted in the report alleging that Lasseter was a heavy drinker at company social events and that some women at Pixar knew to turn their heads quickly when encountering him to avoid his kisses.

Another move known as "the Lasseter" was deployed to prevent their boss from placing his hands on their thighs, the report said.

The paper quoted a longtime insider who said he saw a woman sitting beside Lasseter in a meeting more than 15 years ago.

"She was bent over and (had her arm) across her thigh," the source was quoted as saying.

"The best I can describe it is as a defensive posture... John had his hand on her knee, though, moving around."

Another source told the paper of "awkward encounters" with Lasseter, who liked to hug in meetings.

"You'd hug him and he'd whisper in your ear, a long time," the source said. "He hugged and hugged and everyone's looking at you. Just invading the space."

On another day of invidious headlines about inappropriate behaviour by men in entertainment and politics, Charlie Rose, one of America's most well-respected news anchors, was sacked by US networks CBS News and PBS.

Meanwhile, the US Congress opened an internal ethics investigation into 88-year-old Democrat John Conyers, the longest-serving congressman, over allegations that he harassed female staff for years.