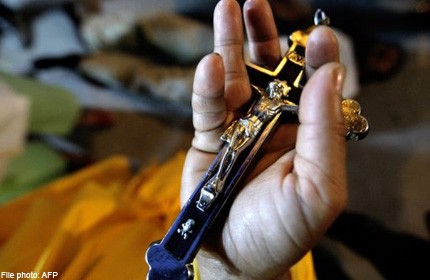 VIENNA - A new international network of reformist Roman Catholic priests is pushing to give lay people a bigger role in a Church that Pope Francis wants to bring closer to grassroots members.

Speaking as dissidents from six countries met in Austria on Friday for the first time, clergyman Helmut Schueller said the Church should draw on people in local parishes that are under threat of vanishing as the ranks of the priesthood dwindle.

The outspoken views of Schueller, head of a group of Austrian priests who openly challenge Church positions on taboo topics such as priestly celibacy and ordaining women, drew a rebuke last year from Pope Benedict, who resigned in February.

Church liberals are now placing their hopes in his successor Pope Francis, the first non-European pontiff in 1,300 years and the first ever from Latin America.

"We want to address the most burning issue: the future of the communities. We want to be there for them, and their future is in danger from the shortage of priests," Schueller, 61, said in a telephone interview from the western town of Bregenz.

Francis is focusing on top-down change like reforming the Curia, or central administration, which is accused of being dysfunctional and riven with infighting that is blamed for much of the turmoil that plagued Benedict's papacy.

The Church has also seen its global reputation badly tarnished by child sex abuse and financial scandals and has suffered steep declines in church attendance, especially in its historic heartlands in Europe.

The vast majority of Roman Catholics engage with the Church in their parishes, so big problems loom if its web of faith communities at the local level is broken.

Schueller's group enjoys broad support in Austria for its pledge to break Church rules by giving communion to Protestants and allowing divorced Catholics who remarry.

His plans to build an international network has drawn representatives of around 3,500 priests in Germany, Switzerland, Ireland, Australia and the United States to Bregenz.

Schueller is pushing for new forms of parish leadership that promote men and women from within the community at a time when the Church struggles to find enough priests for every parish.

"I think there has to be an important change in the hierarchical structure," he said.

Now that Francis has adopted a more tolerant tone, the time is ripe to press for liberalisation, Schueller said.

"We have to work more towards him from the grassroots to strengthen and (put into) practice these changes. The mood at the moment is problematic. Lots of Catholic priests limit themselves to watching what the Pope will say and do," he said.

Schueller said he did not even rule out that Francis might one day depart from the Church's traditional stance that only men can be ordained since Jesus picked only men as his apostles.

"(Francis) said in a very matter of fact way that the door (to women priests) is closed. That makes many conclusions possible. A door can be opened again, it is not sealed off," he said, but conceded such a big cultural change would take time.