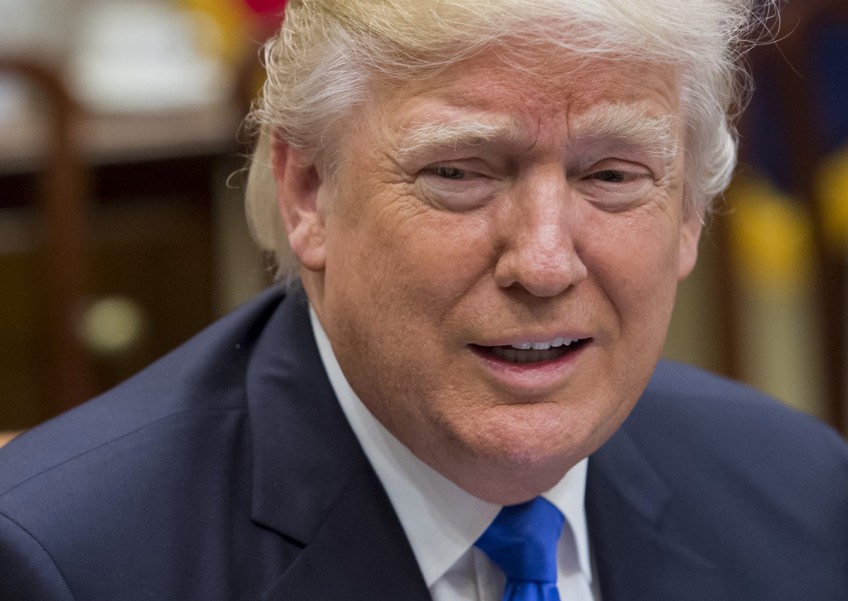 US President Donald Trump failed on Thursday (March 23) to convince enough sceptical members of his own Republican Party to begin dismantling Obamacare, forcing the House of Representatives to delay a vote on the healthcare legislation.

The day was designed to be a big symbolic win for conservatives, with Trump and House Republican leaders planning the vote on the seventh anniversary of former Democratic President Barack Obama signing his namesake health-care law, formally known as the Affordable Care Act, which became a favoured target of Republicans.

Instead, the vote was postponed indefinitely, dealing a setback to Trump in what he hoped would be his first legislative victory. His staff and allies had billed him as "the closer" for high-stakes negotiations with lawmakers.

The vote was seen by financial markets as a crucial test of Trump's ability to work with Congress to deliver on his agenda, including planned tax cuts and infrastructure spending. The Dow Jones Industrial Average ended very slightly down on Thursday.

"Not good. Market doesn't like it," David Kotok, chairman and chief investment officer at Cumberland Advisors, a money management firm, said after the delay was announced.

Uncertainty over the Bill rattled financial markets this week. US stock markets rose steadily in recent months on optimism over a pro-business Trump agenda but fell back sharply on Tuesday as investors worried that failure to push through the health-care Bill could postpone other Trump priorities like tax reform.

"Delay on health-care equates to delay on tax cuts. That is why the market turned red when the news flow suggested they didn't have a deal," Kotok said.

Trump and Republicans had campaigned on a promise to repeal and replace Obamacare, passed in 2010.

Republican control of the White House, the Senate and the House has given the party a chance to achieve what it has long aspired to do - overturn a law they cast as too invasive and too expensive.

Obamacare aimed to boost the number of Americans with health insurance through mandates on individuals and employers, and income-based subsidies. Some 20 million Americans gained insurance coverage through the law.

The House replacement plan, formally called the American Health Care Act, would rescind the taxes created by Obamacare, repeal a penalty against people who do not buy coverage, slash funding for the Medicaid programme for the poor and disabled, and modify tax subsidies that help individuals buy plans.

Conservative Republicans objected to the Bill because they thought it did not go far enough, and was too similar to Obamacare. Moderate Republicans thought it was too hard on their constituents.

Groups of lawmakers from both camps have met with Trump, and a gathering of moderates known as the "Tuesday Group" were still set to meet with him at the White House on Thursday.

The Republicans have a majority in the House but because of united Democratic opposition, can afford to lose only 21 Republican votes. As of Thursday morning, NBC News said that 30 Republicans had planned to vote "no" or were leaning that way.

With this delay, House of Representatives Speaker Paul Ryan and his Republican leadership team will continue to search for ways to alter the legislation and bring it to a vote.

Even if it does get approval from the House, the legislation faces a potentially tough fight in the Republican-controlled Senate.

The House and Senate had hoped to deliver a new health-care Bill to Trump by April 8, when Congress is scheduled to begin a two-week spring break.

The delay in the house vote is likely to contribute to the ups and downs that have marked hospitals and some insurers for the past month. Most Wall Street analysts are expecting hospital and insurer stocks to be volatile as the likelihood of new health-care legislation rises and falls.

The nonpartisan Congressional Budget Office estimated 14 million people would lose medical coverage under the Republican plan by next year. It also said 24 million fewer people would be insured by 2026.