Yet another campaign by personal care brand Dove has raised eyebrows.

Dove has come under fire for a body wash advertisement that shows a black woman removing her shirt - only to reveal a white woman, who also removes her shirt to show another person of colour.

This, of course, didn't sit too well with netizens who took to social media to slam Dove over the ad.

the racist dove ad is a continuation of a long history of racist soap advertising pic.twitter.com/nO7iDT7dxH

zero excuse for this racist ad, Dove. a child could have told you it's racist. just inexcusable. https://t.co/mlKOsoResi

One of those who voiced concerns was 29-year-old make-up artist Naomi Blake, who runs a popular Instagram account.

Speaking to CNNMoney, Blake said she had reached out to Dove through Facebook to express her unhappiness about the ad and said she received a "copy and paste" response.

The ad was taken down by Sunday and Dove followed up with an apology on Twitter.

"An image we recently posted on Facebook missed the mark in representing women of colour thoughtfully. We deeply regret the offence it caused," the company said.

An image we recently posted on Facebook missed the mark in representing women of color thoughtfully. We deeply regret the offense it caused.

Unfortunately, this is not the first case in which Dove had "missed the mark" whenever they tried to produce socially-conscious ads.

In April this year, Dove posted a video of the limited-edition body wash bottles that came in six different shapes and sizes in a bid to celebrate diverse body types.

Netizens, however, didn't buy the idea and called it an unnecessary marketing stunt that defines women by their body shapes. 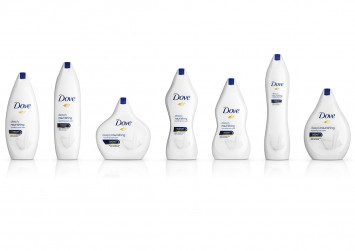 A 2011 advertisement for one of Dove's body washes also faced criticism when it showed three women lined up from lightest to darkest skin tone.

The women stood before the words "before" and "after", in what was supposedly an attempt to indicate skin dryness.

Also read: These ads are so bad, they're attracting the wrong kind of attention