Downing of airliner seen as pivotal moment in Ukraine crisis 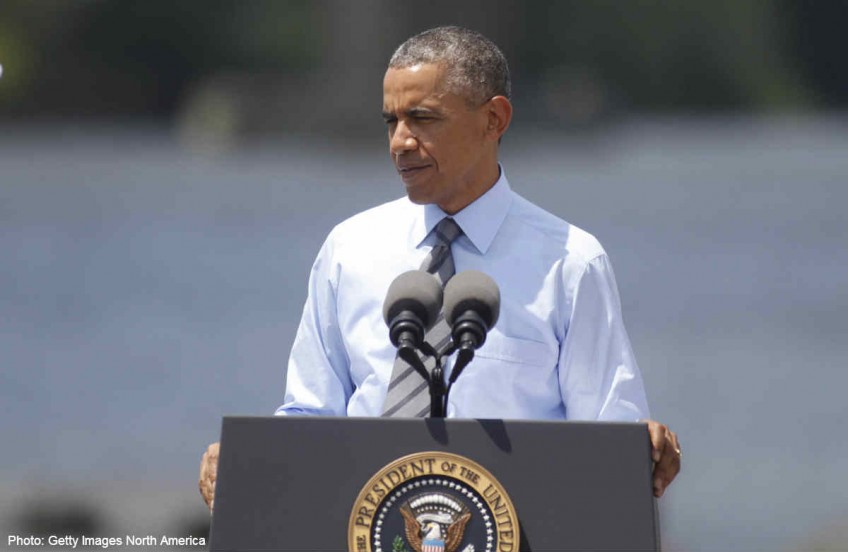 WASHINGTON - The downing of a Malaysian airliner over eastern Ukraine could be a turning point for the Ukraine crisis, if it convinces reluctant Europeans to get behind tougher "sectoral" sanctions long-sought by US President Barack Obama.

Although it's unclear exactly who was behind the apparent ground-launched missile that destroyed the Malaysia Airlines Boeing 777, US allies who have tried to occupy the middle ground in the worst crisis in relations between Russia and the West since the end of the Cold War may now support bolder action to end the fighting in Ukraine.

"Some people thought Ukraine didn't have anything to do with them. They are now discovering their error," one senior US official said, adding that this could shatter the view in some European capitals that the conflict was largely contained.

Current and former US officials, as well as independent analysts, say the tragedy would sharpen global attention on Ukraine's raging separatist conflict and Moscow's role in fueling it. That, in turn, could be a catalyst for stronger sanctions that could inflict real damage on Russia's economy.

The European Union's reticence over tougher sanctions reflects concerns among many of its member states about trade and industrial ties with Moscow and heavy reliance on Russian energy.

But with more than half of the nearly 300 people killed in the downing of the plane Dutch citizens, and more than a dozen more from other EU nations, that could change.

There is also hope in Washington that Russian President Vladimir Putin, faced with possibly the worst unintended consequences of the Ukrainian crisis, may experience what one US official described as a "moment of sanity" and work to stop the violence in majority Russian-speaking parts of eastern Ukraine.

"This could be a tipping point," said Sam Charap, a former US State Department official and now senior fellow at the International Institute for Strategic Studies in Washington. "It could be just what it takes to make the Russians step back," he said.

"This is just what Putin didn't want but it's the kind of scenario that becomes much more likely when you give a lot of undertrained and unreliable people sophisticated weaponry."

Putin could also draw a completely different lesson and decide that, with US-Russian relations already at a post-Cold War low, he has little to lose in defying Western pressure and instead increase support for the rebels, the officials said.

Much would depend on the level of public outrage over the destruction of the plane, and any evidence of involvement by pro-Russian separatists.

Ukraine accused the pro-Moscow militants, aided by Russian military intelligence officers, of firing a long-range, Soviet-era SA-11 ground-to-air missile. The separatists have said they took control of such a missile system last month and used it to shoot down a Ukrainian military transport plane on Monday.

The rebels denied involvement in Thursday's crash and said a Ukrainian air force jet had brought down the flight.

The United States has led the way on Western sanctions against Russia, announcing on Wednesday new measures targeting key institutions including Gazprombank and Rosneft Oil Co, as well as other energy and defence companies. The European Union has imposed some sanctions, including new penalties this week, but its steps have lagged Washington and have been weaker. "This will undermine the case of those who have been reluctant," the US official said.

Obama will also be under growing pressure from Capitol Hill - and from the Ukrainian government - for more military training and an increase in shipments of advanced arms to Ukraine's fledgling security forces, something the White House has been reluctant to offer for fear of escalating the conflict.

The airliner tragedy could also lead to a new push in Europe to rescind arms embargoes that were implemented in the dying days of Ukraine's former pro-Russian Ukrainian government that fell last year, US government sources said. "There should be serious consequences if we find out that it was either Russian agents, Russian equipment or Russians directly that was responsible for the downing of this airliner,"New Hampshire Republican Senator Kelly Ayotte said in a speech on the Senate floor.

The Netherlands declared a day of national mourning for its 154 dead. Twenty-eight passengers were Malaysian, 27 Australian, 12 Indonesian, nine British, four German, four Belgian, three Filipino and one Canadian. All 15 crew were Malaysian.

While the downing of the Malaysian plane is shaping up as defining moment in the crisis, some analysts caution against overstating its impact on already-dismal US-Russia relations. "It's a very big deal no matter what," said Matthew Rojansky, a Russia expert at the Wilson Center think-tank in Washington.

But he said this should not be viewed as a "watershed moment" like the Soviet Union's downing of a Korean airlines passenger jet in 1983 at the height of the Cold War. "There is still a lot of uncertainty about what happened,"he said. "That means plenty of deniability for Putin even if the attack is traced back to separatist rebels." A second US official said Thursday's tragedy "could lead to a moment of pullback" by the opposing sides in the Ukraine conflict, paving the way for talks and possibly a compromise.

The international reaction to Thursday's tragedy "could go two ways," the official said. It could cause countries to understand the growing danger of the Ukraine conflict, or prompt them to "put their heads in the sand".