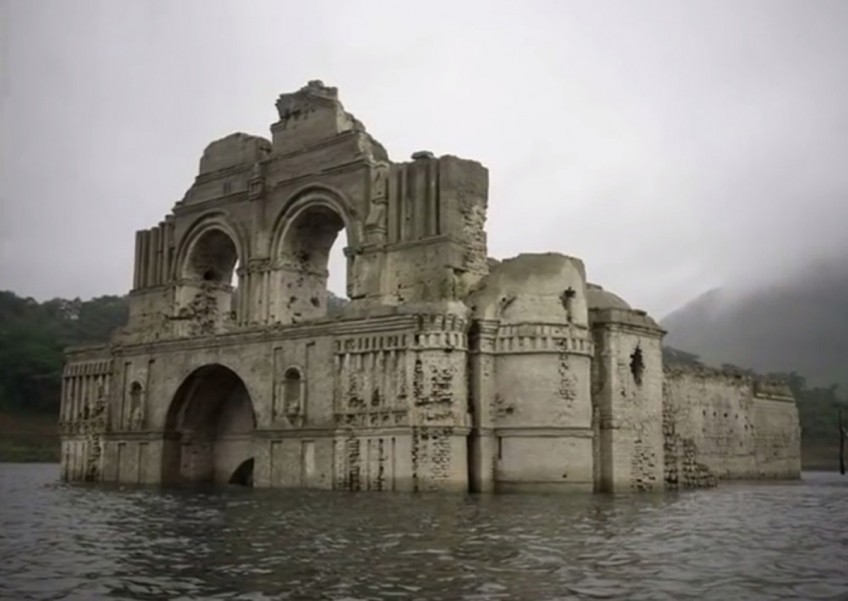 A 450-year-old church in Mexico that had been submerged at the bottom of a reservoir has recently re-emerged from underwater.

A drought in the southern Mexican state of Chiapas has caused water levels in the Nezahualcoyotl reservoir to drop by some 24 metres, Reuters reported, revealing the ruins of the building that dates back to the mid-1500s.

The church had been lost since 1966, when the surronding area was flooded and the nearby dam was completed.

According to Mexico News Daily, it is the second time since the dam was completed that water levels have receded enough to reveal the ruins of the church.

The religious building has a rich history. According to the Associated Press, it was built by a group of monks led by famous historian and writer, Friar Bartolome de las Casas. It was originally part of a town called Quechula, and is known as the Temple of Quechula or the Temple of Santiago.

The church is 61 meters long, with walls 10 meters high, while its bell tower rises 16 meters above the ground.