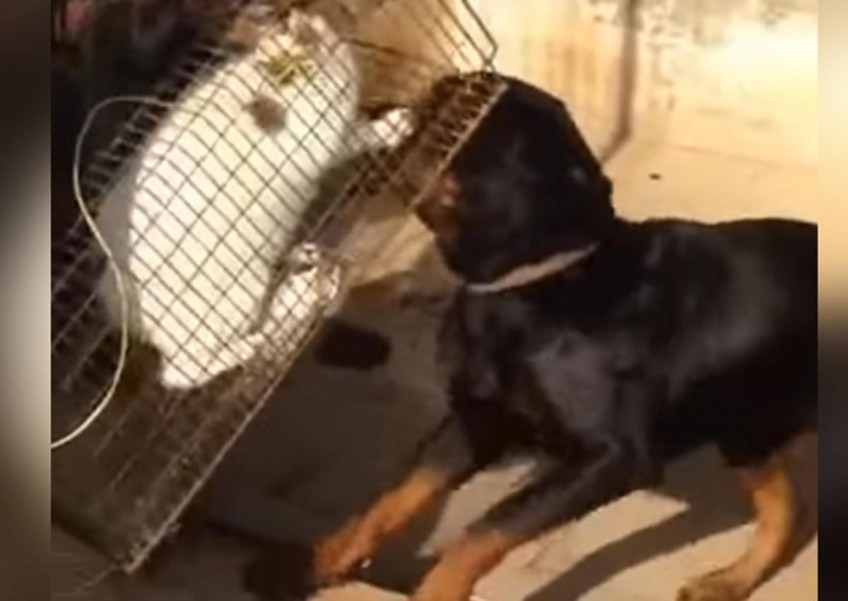 Dubai - The ruler of Dubai on Wednesday ordered three men accused of feeding a cat alive to two dogs and filming it to clean the city's zoo for three months.

Sheikh Mohammed bin Rashid al-Maktoum ordered "those detained for torturing the cat to perform community service by cleaning the Dubai zoo for four hours a day for three months," a government statement said.

It is not clear if the men will also face prosecution. A recently enacted law on animal cruelty stipulates punishment of up to a year in prison or a fine of up to 200,000 dirhams (S$76,364).

Emirati newspapers said a Gulf citizen and two Asians had been arrested over the video, which was widely shared on social media.

The video showed a man offering the cat in an open cage to two Rottweilers, encouraging them to devour the terrified feline as punishment for its having eating birds.

"You eat pigeons and chickens?" a man is heard saying to the cat, as it is being mauled by one of the dogs. "Eat the cat, eat it," he orders.

A picture (above) released by the government showed three men in blue overalls sweeping a path in the Dubai zoo, but it was not clear if they were the accused.

"The cruelty demonstrated in this barbaric act violates our values and the principles of our religion which tell us to be humane with animals," it added.