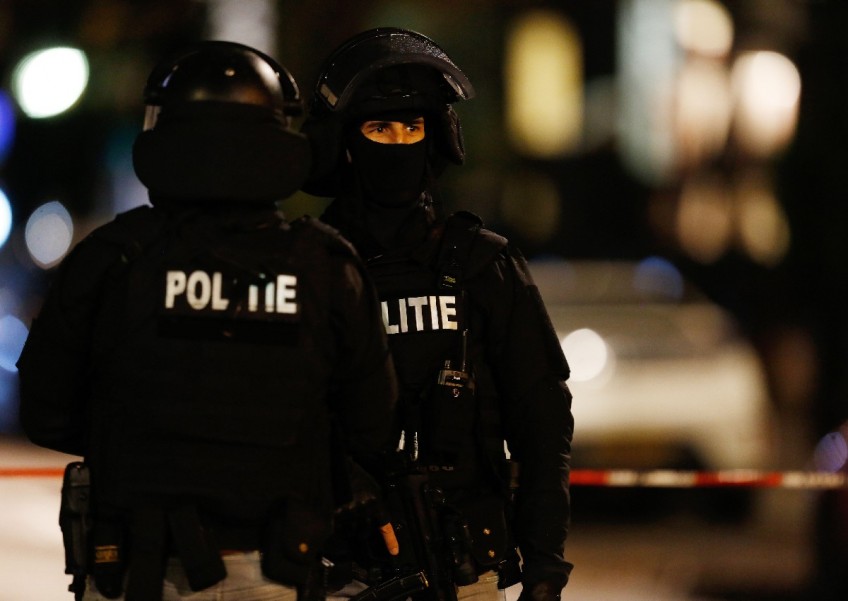 Policemen block a street as police does investigation around a car with a Belgium number plate at the Westersingel in Rotterdam, The Netherlands, on November 20, 2015.
AFP

THE HAGUE - Rotterdam police have arrested three men after finding a suspicious car with a Belgian licence plate, but ruled out a link to the hunt for a fugitive in the Paris attacks, Dutch media said Friday.

The men were held after behaving suspiciously near a parked white Mercedes in the port city late Thursday, the Dutch news agency ANP said, adding that they were still in custody.

But the Dutch justice ministry quickly ruled out any link to the European hunt for a key suspect in last week's Paris attacks, Salah Abdeslam, who remains on the run.

There was "no extensive search" for Abdeslam underway in the Netherlands, the ministry was quoted saying by ANP. AFP could not immediately reach Rotterdam police for comment.

Dutch broadcaster NOS said outspoken Muslim mayor of Rotterdam, Ahmed Aboutaleb, had been sitting in a nearby restaurant late Thursday and was moved away as a precaution by police.

His spokesman told NOS the mayor "was fine and there was no cause for concern".

Abdeslam is thought to be one of the only surviving members of the group of assailants behind the November 13 attacks in Paris, which killed 129 people.

His suicide-bomber brother Brahim Abdeslam blew himself up at a cafe in the French capital without killing anyone.

The Islamic State jihadist, Abdelhamid Abaaoud, suspected of orchestrating the attacks was killed in a major police raid in northern Paris on Wednesday, French prosecutors have confirmed.

Salah Abdeslam had been briefly held and fined in the Netherlands in February for possession of cannabis, Dutch police said Wednesday.