Eclipse sweeps across Atlantic, visible only from remote islands 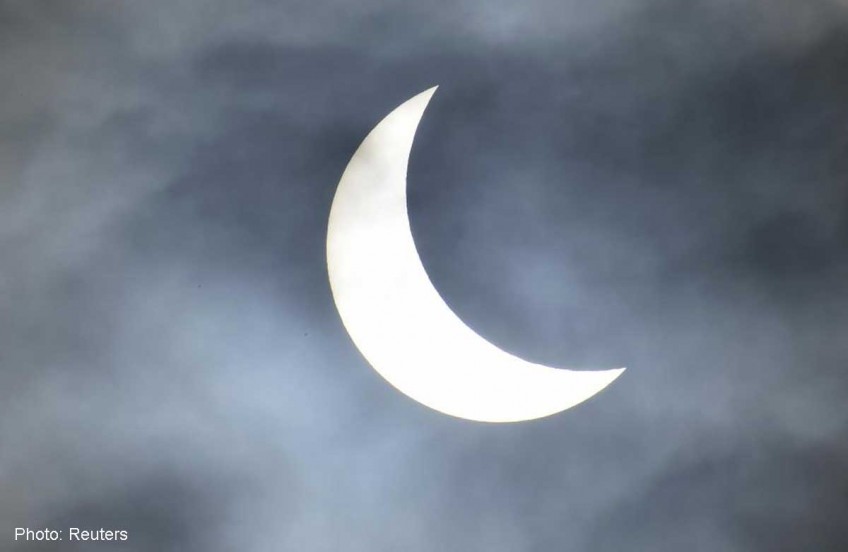 TORSHAVN - A solar eclipse swept across the Atlantic Ocean on Friday with the moon set to block out the sun for a few thousand sky gazers on remote islands with millions more in Europe, Africa and Asia getting a partial celestial show.

The moon's shadow fell south of Greenland at 0741 GMT (0341 ET) and sped eastwards towards the Faroe Islands and the Norwegian Arctic islands of Svalbard, where hotels have been sold out for years to fans of the rare total eclipse.

"I've seen aurora, I've seen some volcano eruptions, but the total eclipse is still the most spectacular thing I've ever seen. And each one is unique," said Fred Espenak, a retired NASA astrophysicist in Torshavn, capital of the Faroe Islands.

But skies over Torshavn were mostly cloudy early on Friday. They were clearer over Svalbard, where visitors have been urged to stay in the main village to make it easier to protect against polar bears and frostbite.

A polar bear mauled a Czech tourist on Thursday, breaking into his tent as he slept. Jakub Moravev, flown by helicopter to hospital, hopes to be well enough to see the eclipse after escaping with slight injuries to his face, chest and an arm.

The Faroe Islands expect about 8,000 visitors on top of the island's 50,000 population for the first eclipse in the region in 60 years while about 2,000 people have made the trek to Svalbard, doubling the population.

That contrasts with tens of millions of people who saw the last major eclipse in Europe in 1999. A partial eclipse will be visible on Friday mainly in Europe and Russia, and skim parts of north Africa, the Middle East and Asia.

The eclipse will also slightly curb solar power production in Europe. With clouds around, some tourists braced for disappointment.

"This is hopefully our fourth total solar eclipse," said German tourist Helge Lubenow on the Faroes. "The first one in Germany was not good, but since then we have been traveling the world hoping for better circumstances. But here probably not."

With clear skies, stars and planets are suddenly visible in daytime and a ring of fire - the corona - appears around the sun.

In one famous experiment, a 1919 eclipse gave evidence for Einstein's theory of relativity by showing that the sun's mass bent light from distant stars.