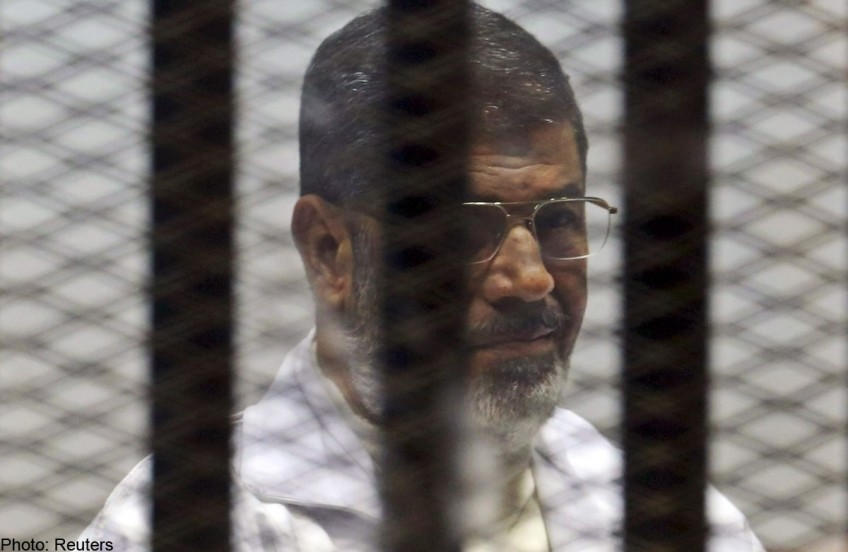 Egypt's ousted Islamist president Mohamed Mursi accused the country's army in one of his trials on Sunday of killing protestors during the 2011 uprising that toppled autocrat Hosni Mubarak.

CAIRO - An Egyptian court upheld on Tuesday a death sentence against ousted president Mohamed Mursi for plotting jailbreaks and attacks on police during the 2011 uprising.

The court had initially sentenced Morsi and more than 100 other defendants to death last month.

Tuesday's ruling comes after the court consulted Egypt's grand mufti, the government interpreter of Islamic law who plays an advisory