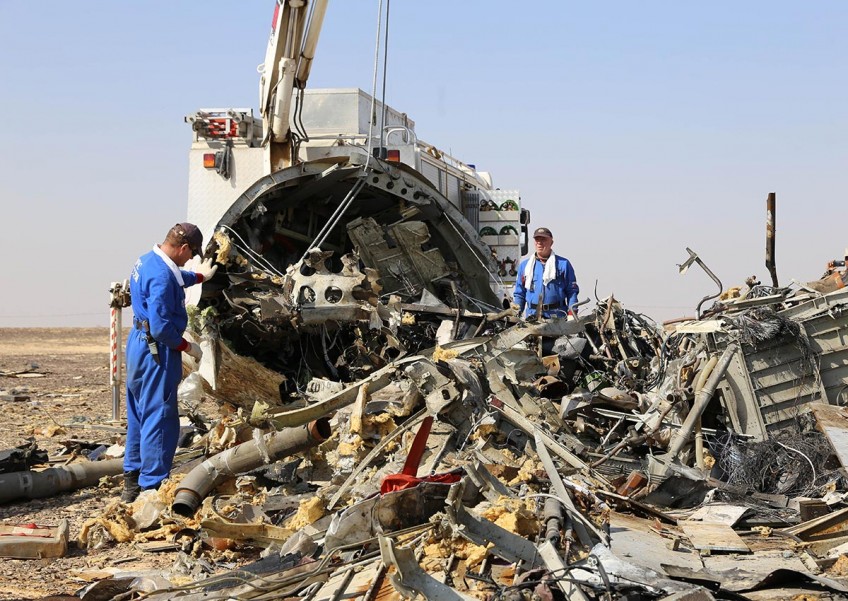 CAIRO - Egyptian authorities have detained two employees of Sharm al-Sheikh airport in connection with the downing of a Russian jet on Oct. 31 that killed all 224 people on board, two security officials said on Tuesday.

"Seventeen people are being held, two of them are suspected of helping whoever planted the bomb on the plane at Sharm al-Sheikh airport," one of the officials said.

Russia's FSB security service said on Tuesday it was certain a bomb had brought down the plane, joining Britain and the United States in reaching that conclusion.

Egypt has not yet confirmed that a bomb was responsible, saying it wants to wait until all investigations are complete.

It was not immediately clear what role the employees had at the airport, which is Egypt's third-busiest, handling a vast number of charter and budget flights for tourists seeking sea and sun in the southern Sinai peninsula.

Since the disaster, many flights to and from Sharm al-Sheikh have been suspended, raising concerns that Egypt's tourism industry, worth about $7 billion a year and still a pillar of the economy despite having fallen sharply in recent years, will be further ravaged.

Alexander Bortnikov, the head of Russia's FSB, said the conclusion of Russian investigators was that a homemade bomb containing around 1 kg (2 lbs) of TNT had detonated during the flight, causing the plane to break up in mid-air.

"We can unequivocally say it was a terrorist act," he said.

Egyptian ministers, led by President Abdel Fattah al-Sisi, were meeting in Sharm al-Sheikh on Tuesday, with a news conference expected later in the day.