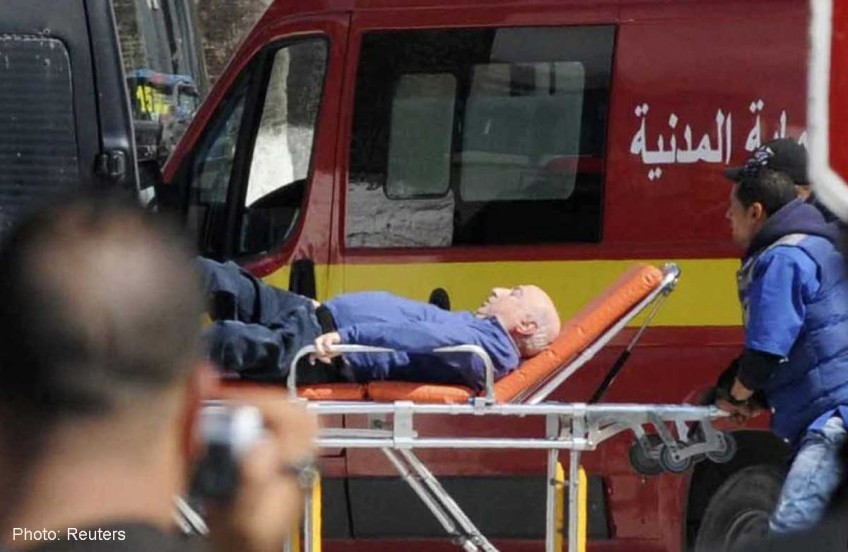 A tourist injured after an attack by gunmen on Tunisia's national museum is wheeled on a stretcher in Tunis March 18, 2015.

The EU corrected an earlier statement, removing a reference to Daesh, the Arabic acronym for Islamic State.

"With the attack that has struck Tunis today, the terrorist organisations are once again targeting the countries and peoples of the Mediterranean region," Mogherini said in a statement.

"This strengthens our determination to cooperate more closely with our partners to confront the terrorist threat," she said. "The EU is determined to mobilize all the tools it has to fully support Tunisia in the fight against terrorism and reforming the security sector."