The European Parliament is to adopt a resolution calling for sanctions on Hong Kong officials and a diplomatic boycott of the Beijing Winter Olympics in response to the closure of the newspaper Apple Daily and the “dismantling of the free society in Hong Kong”.

A debate and vote will be held in the Parliament on Thursday (July 8), after major political parties spent Tuesday and early Wednesday finalising a resolution that ratchets up criticism of Beijing’s ongoing crackdown.

It is expected to pass by a large majority, but will not be binding. Rather, it offers guidance to the European Commission and the Council of the EU about the prevalent mood in the Parliament, the bloc’s only directly elected major body.

It also calls for sanctions on mainland officials – including the Director of the Hong Kong and Macau Office Xia Baolong, his predecessor Zhang Xiaoming, head of the liaison office Luo Huining and Zheng Yanxiong, head of Beijing’s Office for Safeguarding National Security – as well “as well as PRC institutions, having a crucial role in adopting measures and complicit actions undermining Hong Kong’s high degree of autonomy and freedoms”.

The proposed resolution contains 28 points, such as following the lead of Britain, Australia and Canada in introducing a “lifeboat scheme” that allows “pro-democratic activists and political leaders in Hong Kong” to move to the EU. 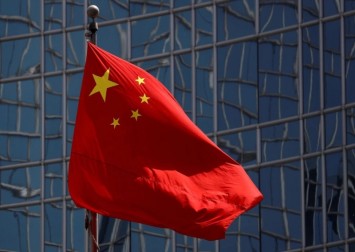 There is confirmation that the Parliament’s position on the EU-China investment agreement has not changed, despite the French and German leadership expressing support for the deal during a call with President Xi Jinping early this week.

But the investment deal cannot move forward without the backing of the Parliament, which blocked ratification after a sanctions tit-for-tat over Xinjiang.

In an escalation of what was a previously fringe issue in Europe, however, the Parliament will call for a diplomatic boycott of the Beijing 2022 Winter Olympics Games, whereby EU institutions and member states would “decline invitations for government representatives and diplomats to attend, unless the Chinese government demonstrates a verified improvement” in its human rights records.

Evelyne Gebhardt, a German Member of the European Parliament (MEP) who led negotiations for the centre-left Socialist & Democrats alliance, said “it was a very easy discussion because we have grave concerns about press freedom – it is for us one of the highest principles of democracy”.

Engin Eroglu, another German MEP who led the talks for the centrist Renew grouping, said he had pushed for the inclusion of the Olympic boycott, which was supported by the Greens but had not been on the agenda for the centre-right European People’s Party nor the Socialists when negotiations began.

“With this resolution we take a clear stance: we cannot allow such a high-profile sporting event to take place while in the immediate vicinity Uygurs are enslaved, Hongkongers are deprived of their basic rights and Tibetans and Mongolians are oppressed."

"Xi Jinping must not be given the opportunity to use the Games for his propaganda purposes,” Eroglu said.

A source in the European Commission said Parliament’s call for an Olympic boycott was “met with laughter”, since EU members compete individually, while commission officials are generally not invited to attend such events.

“This is really absurd,” said the source, adding that while there was ”no decision imminent” on whether sanctions would be aimed at Hong Kong officials, it was not likely in the short term. 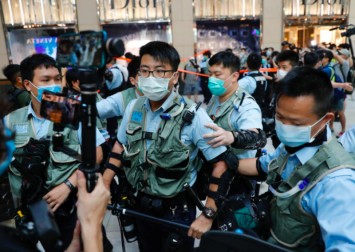 “The situation is not so dramatic as to lead to EU unity on sanctions, so there is nothing imminent. We continue to apply measures from last year, and we watch the situation closely every day,” the source said.

The resolution expresses alarm at “the rapid deterioration of the human rights situation in Hong Kong and more specifically the open attacks against freedom of speech and freedom of the press”.

It expresses “its strongest solidarity with all Hong Kong journalists who, despite the entry into force of the National Security Law, have continued to strenuously defend media freedom and independent journalism and to keep reporting about the dramatic evolution of events in Hong Kong”.

It condemns European banks who are “complicit in freezing the assets and bank accounts belonging to former pro-democracy lawmakers” and calls on the EU to evaluate their involvement.

It calls on the EU to lobby the United Nations to appoint a special envoy for Hong Kong and for the EU and member states to “consider commemorating July 1 as ‘Stand with Hong Kong Day’.”

The closure of Apple Daily led to widespread criticism across the West.

It printed its final edition in June after several senior editors were arrested under the sweeping National Security Law and the government froze the assets of its parent company, Next Digital, leaving it unable to operate.

While an EU statement on Apple Daily said it showed how “the National Security Law imposed by Beijing is being used to stifle freedom of the press and the free expression of opinions”, the bloc has been unable to introduce new measures on Hong Kong since last summer, because Hungary’s China-friendly government keeps vetoing them.

Hong Kong is not on the early agenda for next Monday’s Foreign Affairs Council, when the EU’s 27 member states convene to discuss major foreign policy issues – however, meeting preparations were still ongoing.