Ex-dictator Noriega goes to war with Call Of Duty 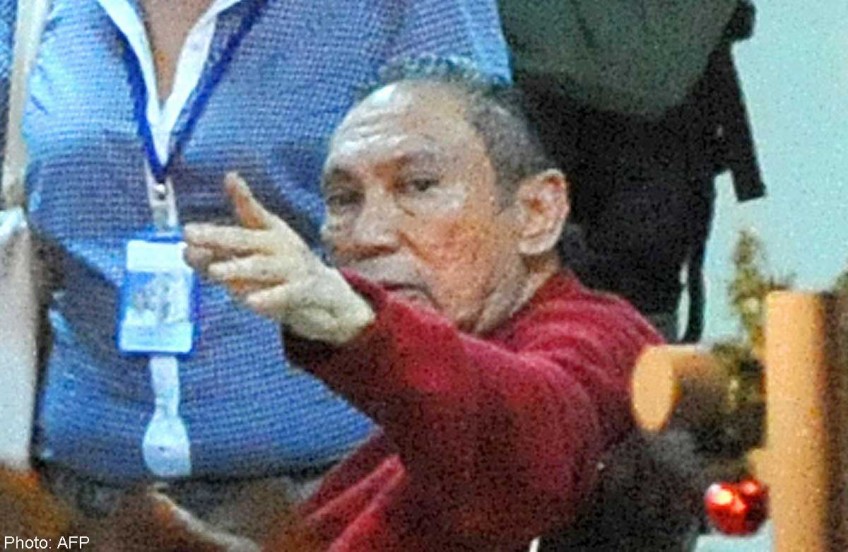 LOS ANGELES - Fallen Panamanian dictator Manuel Noriega has declared war in civil court over his unsanctioned role as a bad guy in hit military-themed shooter video game Call Of Duty. A lawsuit surfaced by Courthouse News showed that 80-year-old Noriega, who is in jail in Panama, wants a Los Angeles court to make Activision pay for exploiting his likeness in a Black Ops II instalment of the blockbuster franchise released in 2012.

Call Of Duty: Black Ops 2 rocketed to the billion-dollar mark just weeks after its release, according to publisher Activision Blizzard.

The sequel to an earlier Cold War-set episode in the franchise whisks players to a fictional 2025, in which a Nicaraguan militant is plotting to undermine US security.

The game featured a character based on Noriega, who complained in the lawsuit that he never gave permission for his likeness to be used.

Noriega objected to being portrayed as a doer of evil deeds such as kidnapping and murder. At one point in the game, players must hunt down and capture the virtual Noriega.

The one-time strongman and CIA informant is currently in prison in Panama, accused of the murders of opponents of his rule, from 1983 to 1989 Noriega spent two decades behind bars in the US on drug trafficking charges and two more years in a French prison before being returned to Panama in 2011.

The pock-marked former general, nicknamed Pineapple Face, had a legacy as a ruthless and wily dictator who struck fear into the hearts of his Panamanian countrymen.

Following a disputed 1989 election in Panama, then-president George H.W. Bush sent in a US invasion force that led to Noriega's humiliating surrender after being holed up for days in the Vatican embassy in Panama City.

Noriega's lawsuit comes as high-profile figures seek to curate their images, and cash in, when it comes to likenesses used in video games.

Actress Lindsay Lohan early this month filed a suit against the creators of Grand Theft Auto V over a character she contends is an unsanctioned virtual version of herself.

Lohan's lawsuit argues that her privacy was violated by imbuing her likeness into a character and creating a Lindsay Lohan look-alike side mission to promote the video game.