Facebook founder says he should have learned from China's WeChat earlier

"If only I'd listened to your advice four years ago," Zuckerberg wrote on Facebook on Friday in response to Jessica Lessin, founder of tech media The Information, who highlighted a March 2015 article she wrote that suggested Facebook should learn from WeChat.

Zuckerberg announced last week that Facebook planned to transform itself into a privacy-focused platform. With a focus on private messaging, it would "build more ways for people to interact on top of that, including calls, video chats, groups, stories, businesses, payments, commerce, and ultimately a platform for many other kinds of private services," according to Zuckerberg's post on Thursday.

In that respect, the future of Facebook resembles the reality of WeChat, the ubiquitous Chinese super-app with over 1 billion users developed by Tencent Holdings. WeChat's omnipotence in China is centred around its basic functions of messaging and social media, which are only open to WeChat friends. But the app also offers a wide range of mini programs, including digital payments, that enable users to shop, hail a taxi, order food, pay utility bills and more. 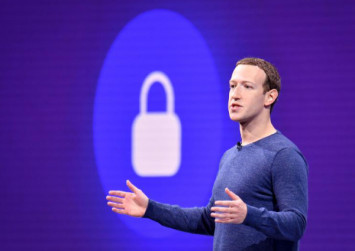 Tencent did not immediately respond to a request for comment.

Facebook's new direction is a good move but it will have to find a balance between its monetisation from advertising and keeping users on its platform, said Norman Hui, a Hong Kong-based analyst with Zhongtai International Securities.

"WeChat has done a great job in redirecting its user traffic to its portfolio companies such as e-commerce site JD.com and food delivery service Meituan Dianping within the app, but Facebook would have to make huge efforts to cultivate a similar behaviour among its users, who are now used to leaving Facebook for Ebay or Amazon when they make a purchase."

Facebook's new vision for social media comes amid the ongoing public backlash concerning the platform's use of personal data. Zuckerberg acknowledged the issue of data privacy in his post last week, saying the company "[does not] currently have a strong reputation for building privacy protective services" but it will "[implement] end-to-end encryption for all private communications".

Without end-to-end encryption, WeChat has been criticised for not doing enough to protect user data. While Tencent claims that WeChat does not spy on user conversations nor retain records, it said it would comply with any law enforcement requests for user data. "We are very concerned about user data security. It is top of our concerns. In a law enforcement situation, of course, any company has to comply with the regulations and laws within the country," Tencent president Martin Lau Chi-ping said last year.

Even as Facebook seeks to take a leaf out of WeChat's book, the Chinese app is already looking to the next phase of development to serve more businesses as part of an industrial internet push.

With an increasingly saturated and competitive consumer market, Tencent revamped its organisational structure on the eve of its 20th anniversary last year to align more closely with enterprise users. In an open letter at the time, founder and chief executive chairman Pony Ma Huateng laid out the rationale for the restructuring, saying that digitisation of the economy meant the battle for the internet has moved from consumers to industry.

In January, the Shenzhen-based Tencent took a big step in extending the use of WeChat beyond smartphones with the introduction of a Siri-like voice assistant that could potentially be deployed by businesses and in smart cars.

WeChat italking, or Xiaowei in Chinese, works on devices from smart speakers to cars by linking WeChat users with Tencent's stable of services, including QQ Music. Meituan Dianping, Didi Chuxing and Mobike, three on-demand service providers that count Tencent as a strategic investor, will also connect with Xiaowei.

Ma first flagged the innovation last May when he said Tencent was working on a voice-operated version of WeChat for in-vehicle use, a move that could extend the platform's content and services to millions of drivers and passengers on the road. China is the world's biggest auto market, for both internal combustion engine cars and electric vehicles. 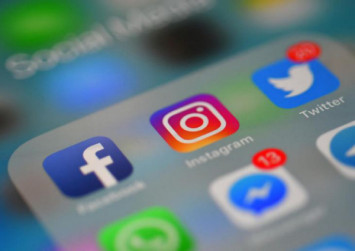 WeChat has also been providing artificial intelligence tools so that businesses and industries can connect and serve their consumers on WeChat, usually through the use of mini programs, which are applications smaller than 10 megabytes that can run instantly on WeChat's interface.

In the education field WeChat has been partnering with public schools and private training centres to enable students to make purchases at canteens, check test scores, and do other functions on the app. Tencent's retail partners, including Walmart, let shoppers skip the queues at the cash register by scanning the products and paying for them on their WeChat app.

"We see mini programs as an important tool to empower merchants and brands in acquiring traffic at a lower cost through WeChat's large social network," said Jefferies equity analyst Karen Chan in an earlier report.