Family booted out of plane for allegedly smelling bad

MICHIGAN - A family on their way back home to Detroit, Michigan, USA, got booted out of their plane flight due to their allegedly bad odour.

Yossi Adler said that he, his wife Jennie and their 19-month-old daughter were to go back home Wednesday night after vacationing in Miami, Florida, as per WPLG Local 10. However, they were surprised that they got kicked out of their American Airlines flight.

"All of a sudden, as soon as they took us off, they closed the gate and then they said, 'Sorry, sir, some people complained you had body odour and we're not letting you back on,'" Adler was quoted in the report. 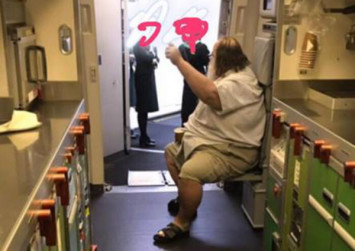 "There's no body odour that we have," Adler defended themselves. "There's nothing wrong with us."

The airline said that it accommodated the family by booking them in a hotel for the night, and gave them meal vouchers. The family also rebooked their flight on Thursday.

Because of what happened to them, Jennie shared that she has stopped people and asked them if they smelled bad.

Meanwhile, her husband wants to know the real reason why they got kicked out. "I want them to own up to what really happened and to tell me the truth," Adler said. "What was it?"