Fifa has added an extra four spots for Asian teams at the 2026 World Cup – but Chinese fans are still doubtful that they will qualify.

The expanded 48-team event will take place in the United States, Canada and Mexico from June 8 to July 3 in four years’ time.

And football’s governing body has increased the allocation for Asian countries from “4.5” teams to “8.5” – with eight direct qualifiers and one representative still going into an intercontinental play-off.

China are No 78 in Fifa’s world rankings, and the 11th-highest ranked side in Asia.

Their fans were not optimistic their chances have been boosted at all by the changes, however, which were reported by the Asian Football Confederation on Monday.

“Take a look at the top 12,” one user wrote on China’s Twitter-like social media platform Weibo.

“Who can the Chinese men’s football team beat? In 2026, it is very likely that Thailand or Vietnam will qualify, and China will not.”

China endured a dismal qualification campaign for the 2022 World Cup, bowing out in the third round of the Asian qualifiers after finishing fifth in their group, above only Vietnam – who handed them an embarrassing 3-1 defeat in February.

“If this was 20 years ago, it would have been easy for the national football team to qualify,” another user wrote. “But now we are a third-rate team in Asia.”

China’s hopes of direct qualification by hosting a World Cup – something mooted as a “dream” by President Xi Jinping in 2017 – have also taken a hit. The country’s strict zero-Covid approach saw them relinquish their hosting rights for next summer’s 2023 AFC Asian Cup more than a year out from the tournament.

Another user suggested the move had been purposely designed by Fifa to benefit China and help them qualify for their first World Cup since 2022 – when current manager Li Tie was playing in midfield.

Read Also
How to get your World Cup match tickets 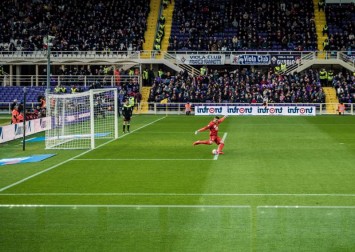 “Obviously Fifa has taken care of China,” they said. “It depends on whether the national football team has the ability.”

One netizen suggested China would need Fifa to allocate 85 places – rather than 8.5 – to Asian teams for them to qualify for the showpiece tournament.

Though another was more optimistic – slightly – predicting the team would qualify for the intercontinental play-off, and then lose.

The top two teams in each group will progress to the third stage, which will feature 18 teams instead of 12. They will be divided into three groups of six teams, who will play each other home and away in round-robin matches.

The top two teams in each group will directly qualify for the World Cup.

The third- and fourth-placed teams in each group will then enter a fourth stage of qualification. They will be divided into two groups of three teams, with the winner of each group also qualifying for the World Cup. The second-placed team in each group will face each other to determine who will represent Asia in the intercontinental play-off.