Fight Kim Jong-un instead of Duterte? Trudeau did not say that 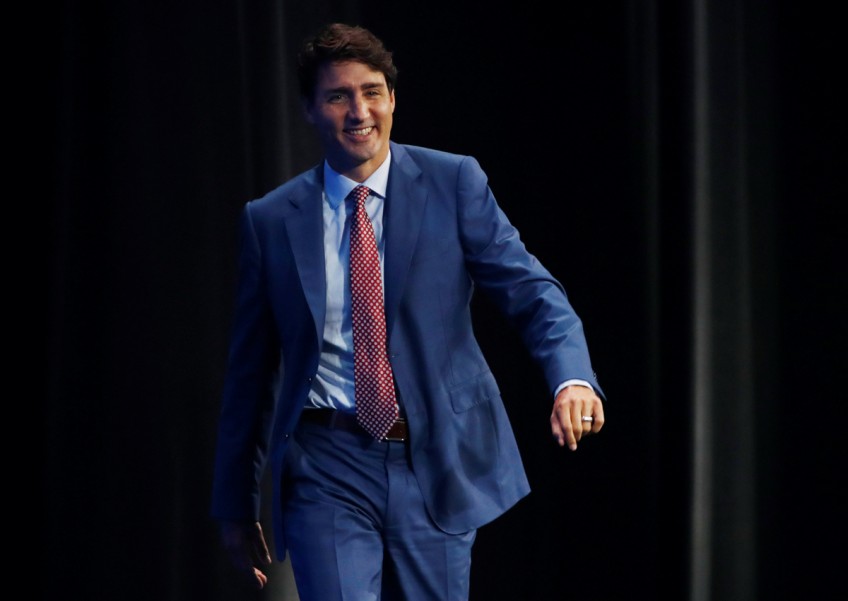 Canadian Prime Minister Justin Trudeau first captured the hearts of Filipinos when he visited the Philippines for the Asia-Pacific Economic Cooperation (Apec) Summit in Manila in 2015.

Trudeau, who was dubbed "Apec hottie," was once again praised by pro-Duterte netizens over the weekend for supposedly defending President Rodrigo Duterte before the United Nations (UN) General Assembly in New York.

Sharing a viral article from a known fake news website, many lauded Trudeau for "expressing soft stance on Duterte's government and his war on drugs" and for urging world leaders to stop "engaging in unnecessary criticisms."

Trudeau was quoted in a fake Al Jazeera website: "Why is the world fighting the Philippine government under president Duterte instead of focusing on 'the real threat' from N. Korea's Kim from his nuclear programme?"

But the Canadian leader did not say that.

The Canadian Embassy in Manila on Monday confirmed to INQUIRER.net that the viral story quoting Trudeau was fake.

"The website 'aljazeeranew-tv.com' wrongly attributed a quote to Canada's Prime Minister in his address to the United Nations General Assembly of Thursday, September 21, 2017," the embassy told INQUIRER.net in an email it sent after being asked for a reaction.

The quote in question was not included in any of the official transcript from speeches made by Trudeau published in the prime minister's office website.

Known for spreading fake news, aljazeeranew-tv.com is a website that imitates the website of Qatar-based multimedia company Al Jazeera.

The US Embassy refuted the statement on Sunday, urging the public to check official transcripts posted in their website.

The fake Al Jazeera website's articles trended on social media after the President supporters and blogs with thousands if not millions of followers spread it on social media.