First US chain hotel in a half-century opens in Cuba 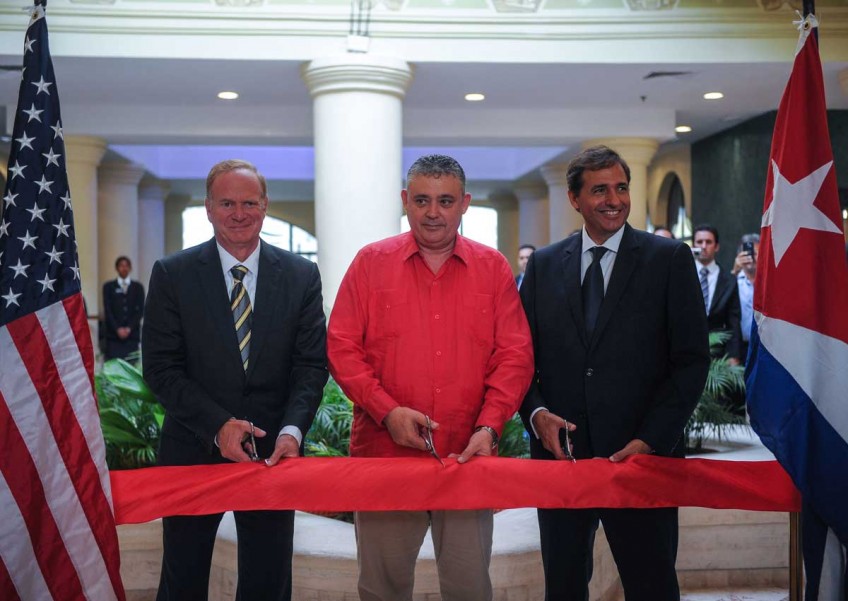 HAVANA - Starwood Hotels on Tuesday took over management of a luxury hotel in central Havana, becoming the first big American hospitality chain with a presence on the island since the Cuban Revolution a half-century ago.

The newly-rechristened Cuba Four Points by Sheraton on Havana's Quinta Avenida -- a hotel owned by the Cuban military -- now will be managed by the American hospitality giant.

Located in Havana's Miramar district, the posh hotel -- formerly known as the Quinta Avenida hotel -- has rooms available from US$246 (S$332.78) per night, according to its website.

Management of the hotel under the Starwood banner is a point of pride, said Jorge Giannattasio, who oversees the company's Latin American properties.

"It's a unique moment, a special moment" to be the first US-based hotel company in 55 years to locate in Cuba, Giannattasio said at a ceremony late Tuesday marking the re-opening of the newly-refurbished, 186-room hotel.

One of the world's leading hospitality companies, Starwood has more than 1,300 properties in about 100 countries, and also runs the Meridien, W, Westin and Sheraton hotels chains.

The company soon will assume management of another iconic Cuban hotel -- the Inglaterra, an 83-room property which first opened in 1875.

Starwood's entry into the hospitality industry on the Communist island is the latest sign of normalized ties between the United States and Cuba.

President Barack Obama paid an historic visit to Cuba in March of this year, further cementing the normalization of relations.

A spokesman for the US State Department, Mark Toner, told reporters on Tuesday that "providing adequate lodging and safety and security for authorized travelers will increase people-to-people contact, and that'll benefit the normalization process."

He added that Starwood's re-training of the staff at the property it now runs in Havana "is going to help develop sector-specific know-how among Cuban employees in the lodging and travel business".

He added: "This is just one deal, but what we want to keep seeing is a steady increase in these kinds of investments -- certainly in the tourist infrastructure for Cuba.