Five changes to Australia after polls 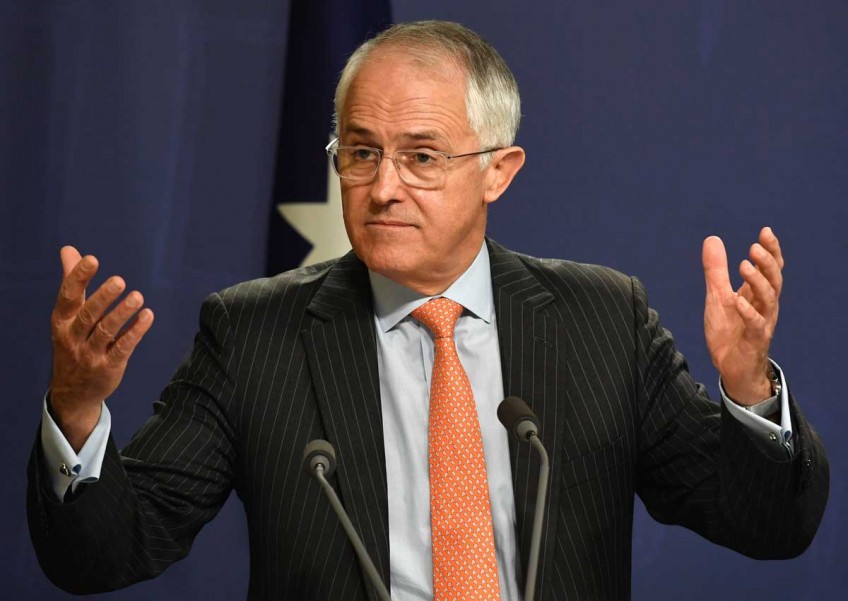 SYDNEY - Australia's ruling conservative government has finally won re-election after a pain-staking count of the ballots cast at July 2 polls, which is still ongoing.

Here are five changes Australians can expect as a result.

No revolving door PM... yet

Prime Minister Malcolm Turnbull may have just scraped through, but after a turbulent period in Australian politics criticised as a "revolving door" of leadership, he has retained power. The election came in the wake of three volatile years in Australian politics, which saw a regular change of prime ministers - from Labor's Julia Gillard to her colleague Kevin Rudd, to conservative leader Tony Abbott and then to his fellow Liberal Turnbull.

But while there will be no change for now, Turnbull is in a weakened position after the poll, having lost his comfortable majority in the House of Representatives and the internal blame games are already taking place.

Turnbull now holds a projected 74 seats out of a total of 150, according to national broadcaster ABC's projections. Labor has gained ground with 66 seats, and there are five independents and minor parties holding seats. Five seats remain in the balance.

Gone will be colourful tycoon Clive Palmer, who once hoped to rebuild the Titanic; but heading to Canberra will be some new faces, including Labor's Linda Burney, the first indigenous woman elected to the House of Representatives. In the upper house, anti-immigration politician Pauline Hanson makes a stunning comeback after a near 20-year hiatus, likely alongside newcomer Derryn Hinch, a long-time journalist and broadcaster known as the "human headline".

Fresh impetus to make budget repairs has come in the form of a warning by Standard and Poor's to place Australia's coveted AAA-rating on negative watch from stable. The global ratings agency said the tight election outcome could lead to further delays in efforts to reduce rising budget deficits and debt. Turnbull has said budget savings would be "absolutely a very high priority" in the new Parliament, but he may face problems in getting them legislated due to the make-up of the Upper House Senate.

Turnbull had insisted that restoring a construction union watchdog was a key plank of the government's economic plan and he used two Bills on the issue, which were blocked by the Senate, to trigger a double-dissolution election.

On Sunday, he said it would present the Bills to the new Parliament, adding that if the Upper House does not pass them, "a joint-sitting (of Parliament) can be held".

But Turnbull now has to contend with a reduced majority, pro-union Labor's higher number of seats and an increased number of independents and minor parties' representatives in the Senate, so attempts to pass the Bills could once again struggle.

Yes, but not another general election (at this stage). Turnbull promised a plebiscite on gay marriage later this year if elected and had said he wanted it done as soon as possible.