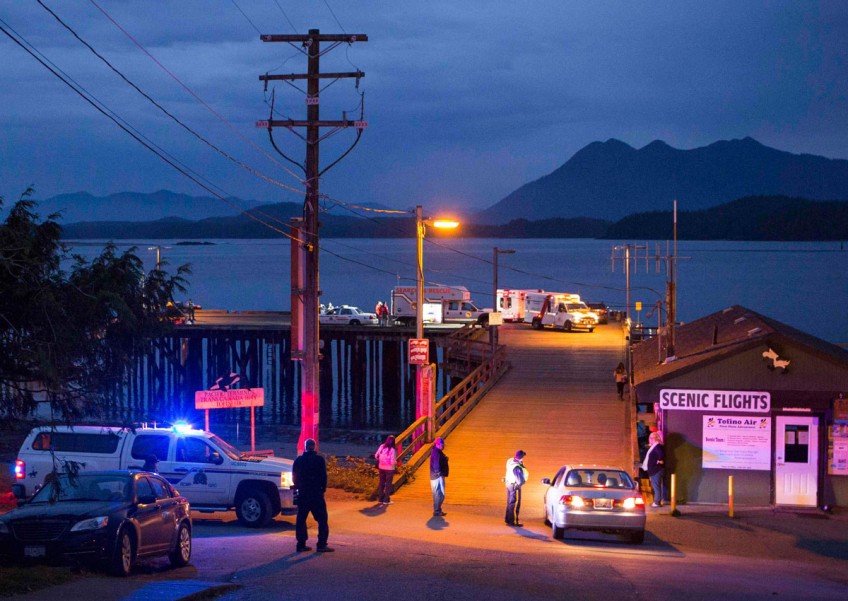 Rescue personnel mounting a search for victims of a capsized whale watching boat park on a wharf in Tofino, British Columbia.
Reuters

VANCOUVER - Five people have been confirmed dead and one missing after a whale-watching vessel carrying 27 sank off Canada's Pacific coast near Vancouver Island, coastguards said Sunday.

A total of 21 people had been rescued, Lieutenant Commander Desmond James of the Coast Guard's rescue center in the provincial capital Victoria, told AFP, adding that the search had now been called off.

The boat, Leviathan II, was off Tofino, a resort town on the western edge of Vancouver Island, when a distress call was received around 5 pm (0000 GMT) saying that the ship was sinking.

The 20-meter (65-foot) three-deck vessel is owned by Jamie's Whaling Station and Adventure Centres of Tofino.

An employee who answered the phone said the company was focused on the passengers and crew and would not release information at this stage.