Four dead after car smashes into US parade crowd 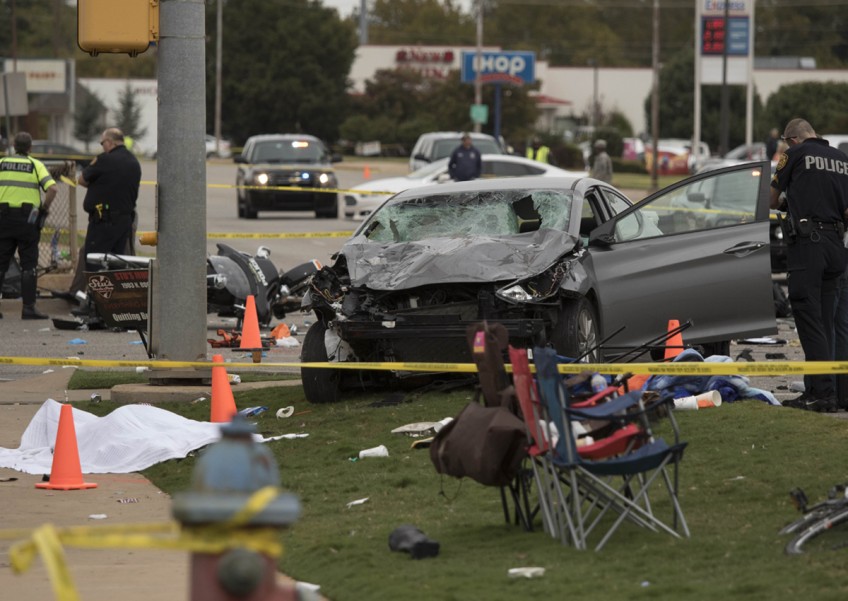 A speeding car crashed into a crowd watching a parade in Oklahoma on Saturday, killing four people, including a two-year-old boy.

The driver, a 25-year-old woman identified by police as Adacia Avery Chambers, was arrested for driving under the influence after the crash at an Oklahoma State University homecoming parade.

In an evening update, police in the town of Stillwater said a total of 44 people were also injured, double the number previously given. They had previously indicated that eight of the injured were in critical condition.

"Oklahoma State University is devastated by today's tragedy and extends its thoughts and prayers to the families of those who perished or were injured," OSU president Burns Hargis said in a statement.

"We are shocked and heartbroken by this horrible tragedy. The Oklahoma State University Homecoming parade is the most wholesome of events and to have it marred in such a way is incomprehensible."

The boy "died of injuries sustained in the collision" at hospital, the Stillwater Police Department said in a statement.

Another three people were killed on the scene.

Police have yet to identify the victims.

The Stillwater News Press quoted one witness as saying that, at first, people thought the car was part of the show. But then panic ensued.

"People were flying 30 feet (10 metres) into the air like rag dolls," the newspaper quoted Konda Walker as saying.

Police Captain Kyle Gibbs told reporters that an accident reconstruction team was sent to the scene and that the probe into what happened would be treated as a homicide investigation.

Governor Mary Fallin, using the hashtag "OklahomaStrong," announced on Twitter that she was headed to Stillwater and that multiple law enforcement agencies were involved in determining what led to the incident.

"My thoughts and prayers are with those affected by the tragic events at #okstate today," she tweeted.

The university said it will have counselors on site for employees and students on Monday to help assist them through the tragedy.

However, officials decided to still host the homecoming game between the Oklahoma State Cowboys and the Kansas Jayhawks.

Many US colleges and universities hold homecoming festivities - annual celebrations for past and current students - and News On 6 reported that OSU's are believed to be among the largest in the country, with tens of thousands taking part every year.