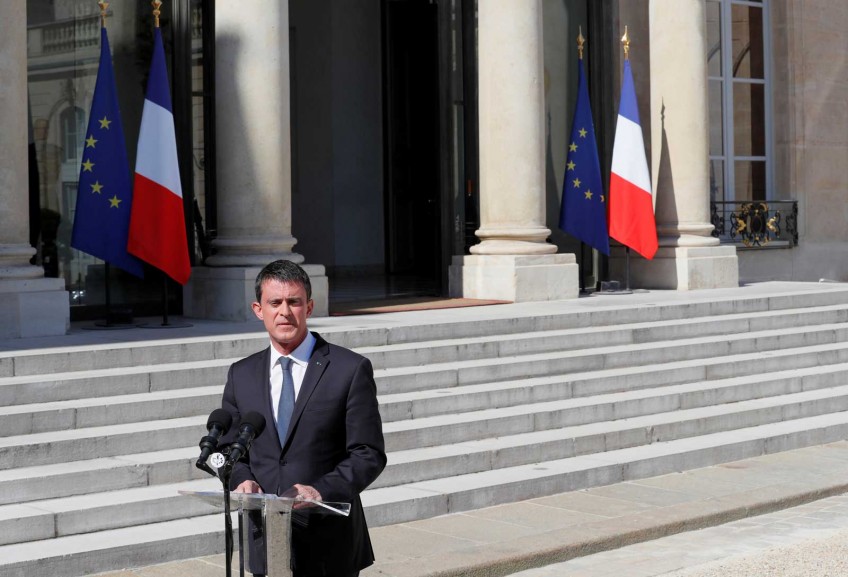 French Prime Minister Manuel Valls delivers a speech in the courtyard of the Elysee Palace in Paris, France, July 15, 2016, after attending an emergency defence meeting the day after the Bastille Day truck attack in Nice.
Reuters

PARIS - The man behind the truck attack that killed at least 84 people celebrating Bastille Day in the French city of Nice had recently been radicalised, French Prime Minister Manuel Valls said in remarks published on Sunday.

Thursday night's attack in the Riviera city of Nice plunged France into new grief and fear just eight months after gunmen killed 130 people in Paris. Those attacks, and one in Brussels four months ago, shocked Western Europe, already anxious over security challenges from mass immigration, open borders and pockets of Islamist radicalism.

Authorities have yet to produce evidence that the 31 year-old Tunisian Mohamed Lahouaiej Bouhlel, shot dead by police, had any links to Islamic State, which claimed the attack, but Valls said there was no doubt on the assailant's motives.

"The investigation will establish the facts, but we know now that the killer was radicalised very quickly, " Valls said in an interview with Sunday newspaper Le Journal du Dimanche. "The claim on Saturday morning by Islamic State and the fast radicalisation of the killer confirms the Islamist nature of this attack."

Officials said on Saturday that people questioned by police had indicated that he had undergone a rapid transformation from someone with no apparent interest in religion.

The Amaq news agency affiliated with the militant Islamist group said that Bouhlel "was one of the soldiers of Islamic State." Valls, who said security services had prevented 16 attacks over three years, indicated that at play on Thursday was the group's modus operandi of cajoling unstable individuals into carrying out attacks with whatever means possible.

"Daesh gives unstable individuals an ideological kit that allows them to make sense of their acts ... this is probably what happened in Nice's case," Valls said, referring to the Arabic acronym for Islamic State.

The group, which is under military pressure from forces opposed to it, considers France its main target given its military operations in the Middle East, and also because it is easier to strike than the United States, which is leading a coalition against it.

Despite mounting criticism from the conservative opposition and far-right over how President Francois Hollande's Socialist government is handling security, Valls warned that there was no risk zero and new attacks would occur.

"I've always said the truth regarding terrorism: there is an ongoing war, there will be more attacks. It's difficult to say, but other lives will be lost."

With presidential and parliamentary elections less than a year away, French opposition politicians are ramping up pressure and seizing on what they described as security failings that made it possible for the truck to career 2 km (1.5 miles) through large crowds before it was finally halted.

After Thursday's attack, a state of emergency imposed across France after the November attacks in Paris was extended by three months and military and police reservists were to be called up.

"Anywhere else in the world a minister with such a terrible record - 250 deaths in 18 months - would have resigned a long time ago," she told reporters.

Christian Estrosi, a security hardliner and ex-minister under former president Nicolas Sarkozy who is now president of the wider Riviera region, accused the government of failing completely in Nice.

"When the interior minister says there were enough police, it constitutes a blatant lie," he told i-Tele television. "He said there were 64 national policemen on duty. It's false and the investigation will show it." Valls has said there were no failures in Nice.