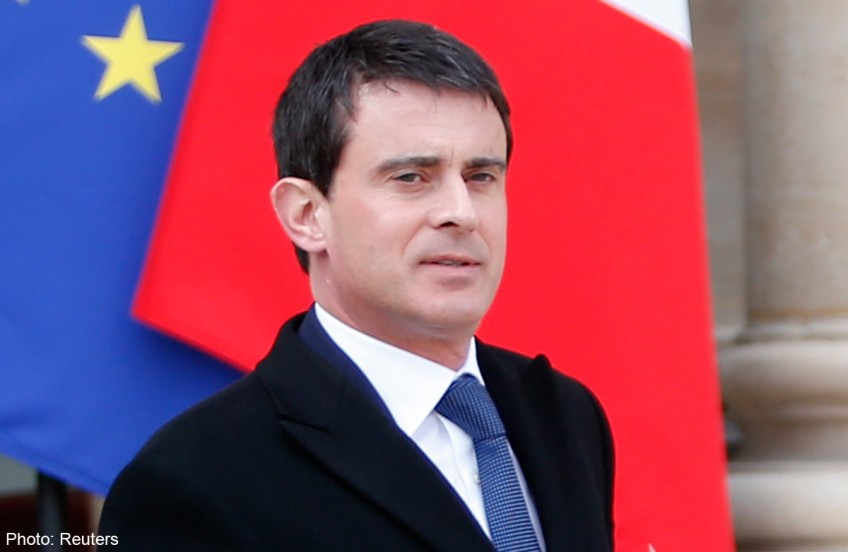 A demonstration in the gritty northern Paris suburb of Sarcelles degenerated into violence Sunday with Jewish shops being looted and police using tear gas and rubber bullets against the crowd.

That rally, and another held a day earlier in Paris, had been banned but took place regardless. At Saturday's rally, dozens of protesters were arrested after clashes with police.

"A minority of radical forces are taking advantage of the situation," Valls told Le Parisien newspaper in remarks printed Monday, referring to the ongoing Israeli offensive in the Gaza Strip in which hundreds have died.

He said certain unspecified "networks and extremist groups are trying to capitalise on this by riding on sentiments of anti-Semitism and hatred" and using it "to foment disorder".

However, Valls also said the large majority of the demonstrators were spurred by "legitimate motives - to display their indignation at the atrocities of the war." The Israeli-Palestinian offensive has stirred up passions in France - home to the largest Muslim and Jewish communities in western Europe with around five million Muslims and half a million Jews.

Valls, who was a tough-talking interior minister until his promotion this year in a cabinet reshuffle, said he would not tolerate any violence.

"I will not give up on the unity of the country in favour of those who want to divide it. There are no Israelis or Palestinians in France, there are only French citizens." Valls also said there was "great concern among Jews in France," when asked about a a comment by the head of the top Jewish body in France that there was a real fear of "pogroms".

He defended the go-ahead given to a pro-Palestinian rally in Paris scheduled on Wednesday, saying the parametres had been discussed with organisers who pledged to be "more responsible this time."