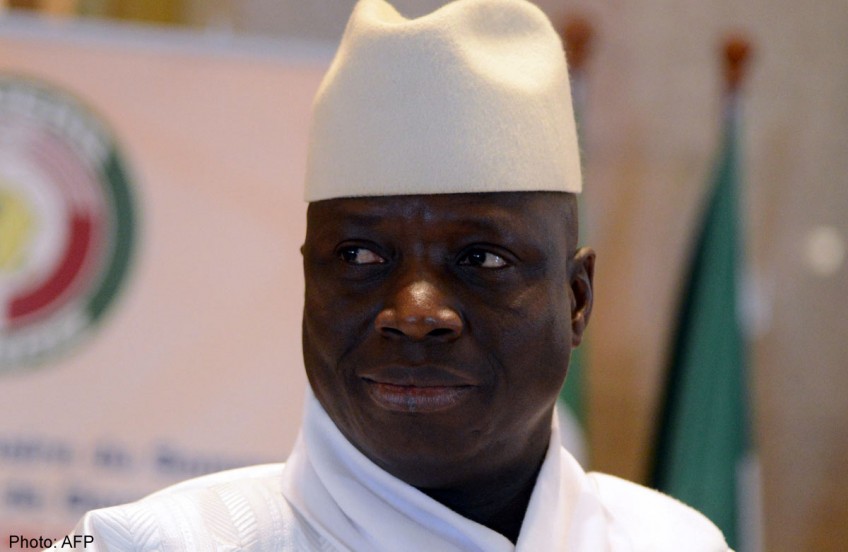 BANJUL - Gambia's President Yahya Jammeh returned to Banjul on Wednesday and accused dissidents backed by unnamed foreign powers of mounting an attack on the capital the day before.

In a sign of heightened security, government forces set up three checkpoints on the Denton Bridge into the capital to search people as they headed into work and check identity papers, witnesses said.

The US government and the United Nations both issued statements condemning any attempts to seize power but also warning against any further violence.

Addressing Gambians for the first time since he returned from abroad after the attack, Jammeh dismissed talk of a coup, saying his country had been attacked by dissidents based in the United States, Germany and Britain.

"It was an attack by terrorist groups backed by some foreign powers which I will not name now," he told state television.

Jammeh said weapons seized by security forces had been made in the United States and authorities would release further intelligence gathered from the attackers on Thursday.

The capital was locked down by security forces on Tuesday after gunfire erupted early in the morning. An earlier government statement played down the incident.

Diplomats monitoring the country, one of the most secretive in West Africa, warned of the possibility of a crackdown on those accused of having links to the attack.

"There are fears of reprisals. It is about whether (Jammeh) can be seen to be calm and in control without it getting too bloody," said one Western diplomat.

The diplomat said four attackers were reported killed and four others injured in clashes. Most are believed to be former members of the Gambian military, the diplomat said.

A senior State Department official told Reuters on Wednesday the United States had no role in the coup attempt, after local media and several analysts said some of the assailants were US residents or dual nationals.

Among those named were Lamin Sanneh, a former head of the presidential guard, and a US Army reservist who had US-Gambian nationality.

Following brief talks at the UN Security Council, Secretary-General Ban Ki-moon called for a transparent investigation into the events and also urged restraint.

Jammeh's security forces foiled a coup plot in 2006 and Amnesty International said after that incident it feared some of the alleged plotters may have been executed without trial.

Jammeh, 49, took power in a coup 20 years ago and since then has stifled dissent in his impoverished West African nation of 1.9 million. He has faced increasing criticism from abroad over issues ranging from human rights to his claim he can cure AIDS.

This year the European Union withdrew millions of dollars in aid after Jammeh signed into law an act that could imprison homosexuals for life. The US government also recently removed Gambia from AGOA, its African duty-free trade partnership.

In 2012, Jammeh was criticised for suddenly executing nine people being held in prison.

The country attracts tourists, particularly during the northern hemisphere's winter. They include about 60,000 Britons a year. The British foreign office advised its citizens to stay indoors and avoid public gatherings.