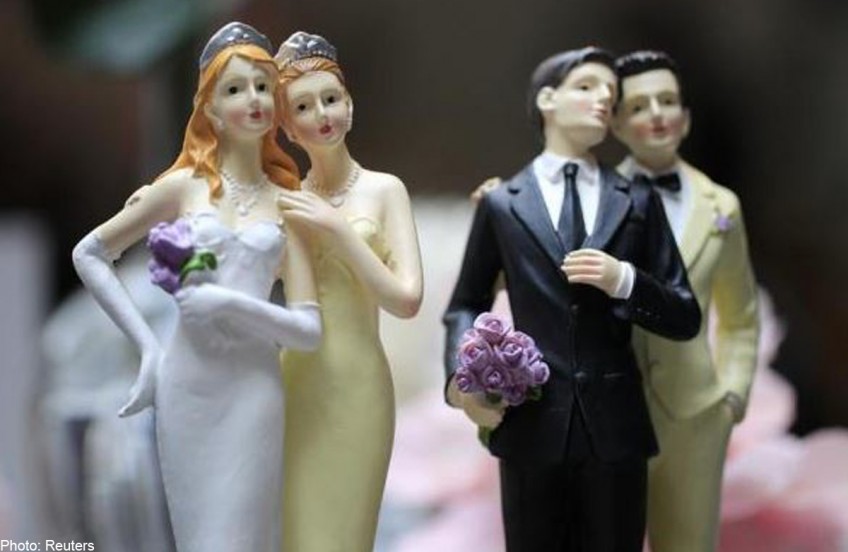 TAIPEI, Taiwan - Taipei Mayor Ko Wen-je yesterday responded to a same-sex couple who asked the mayor to act as a witness during their marriage ceremony should Taipei's City Government authorise their application.

The couple, two women nicknamed Ray and Ting, made the request to Ko while applying for a position in the upcoming Taipei City Group Wedding Ceremony at the Zhongzheng District office yesterday. Currently all of the district offices in Taipei are accepting applications from couples.

According to head of the Taiwan Alliance to Promote Civil Partnership Rights (TAPCPR), Chien Chih-chieh, Department of Social Affairs' head, Hsu Li-min had promised to organise a "freedom wedding," an event which doesn't discriminate by gender or sexual orientation this July.

However, Chien said that the organizer of the Group Wedding Ceremony, Taipei City's Department of Civil Affairs, says that current laws dictate that marriage in Taiwan is defined as the union of two people of the opposite sex.

Chien went on to say that although the law doesn't recognise gay or lesbian marriages, the annual Group Wedding Ceremony should become a unique event the Taipei City Government offers to all its citizens.

Chien said traditionally, applicants to the ceremony do not need legal marriage papers. As such, it should be open to same-sex couples in the spirit of equality, and to serve as an opportunity for people to come together and declare their love in front of the entire city.

While applying for the ceremony, Ray and Ting said that they were hopeful Taipei City Hall would accept their application, saying that prejudice is one of the biggest problems to plague the city's government today.

In response to the couple's request that he acts as a witness at their wedding, Ko relayed an answer through a spokesman, stating that he respects the lifestyle choices of all individuals, and that he is very optimistic about same-sex marriages.

Ko to Give Individual Themes to all MRT Stations

In related news, Ko yesterday introduced another policy which featured in his election platform.

Ko's latest programme idea is the "Taipei Metro - Sound and Sight" project, which seeks to give each one of Taipei's MRT stations a unique theme song or music.

The mayor said that he got the idea during his previous visit to Osaka, Japan. There, he visited Midosuji Boulevard, which has a song named after it, creating a sense of nostalgia and cemented the name of the of the area in people's memories.

Ko said that aside from individual theme songs for stations, stations would also receive unique sound effects that match a renowned sight in the area, such as replacing the EasyCard's "beep" sound effect with a frog's croaking noise.

According to Taipei's Cultural Affairs Commissioner Ni Chung-hwa, the programme would still need to be evaluated by the Taipei Rapid Transit Corporation, and that the programme still needs a launch date.