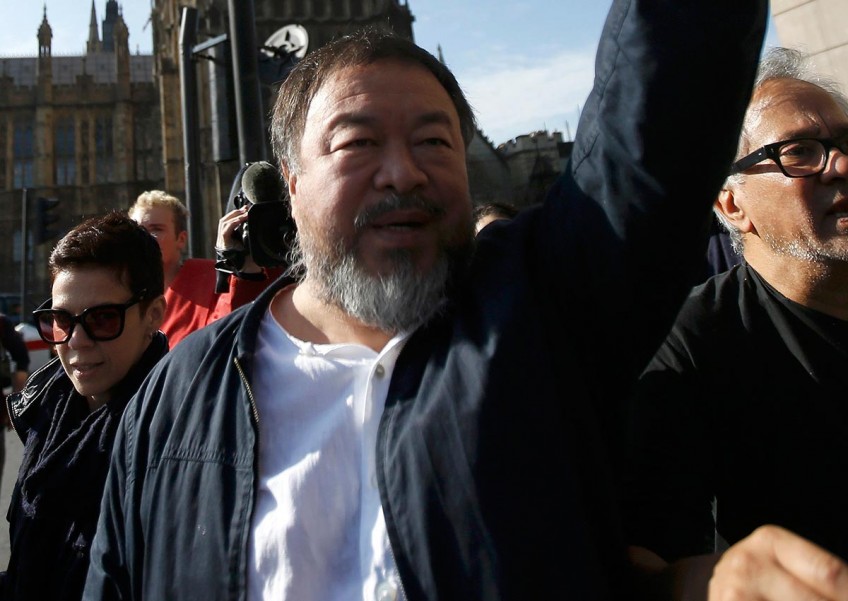 BERLIN - Chinese dissident artist and free-speech advocate Ai Weiwei has received a visa to stay in Germany for three years and will take up a teaching post at a Berlin university, his spokeswoman said on Wednesday.

Ai was reunited with his son and partner in Berlin after Chinese authorities unexpectedly returned his passport in July. They had confiscated it four years ago after secretly detaining him for 81 days.

Ai, one of China's most high-profile dissidents and political activist, posted a picture of his new visa, which runs until Oct. 2018, on the Instagram social media outlet.

He will now start teaching as a guest professor at Berlin's University of the Arts, said his spokeswoman. "The university position will be for three years and during this period he will spend a lot of his time in Germany," she said.

Ai has praised Berlin as a creative sanctuary that reminds him of New York in the 1980s and 1990s when he lived there.

He told Reuters in an interview in August that China had reached a critical point where the absence of democratic freedoms is a growing threat to economic stability.