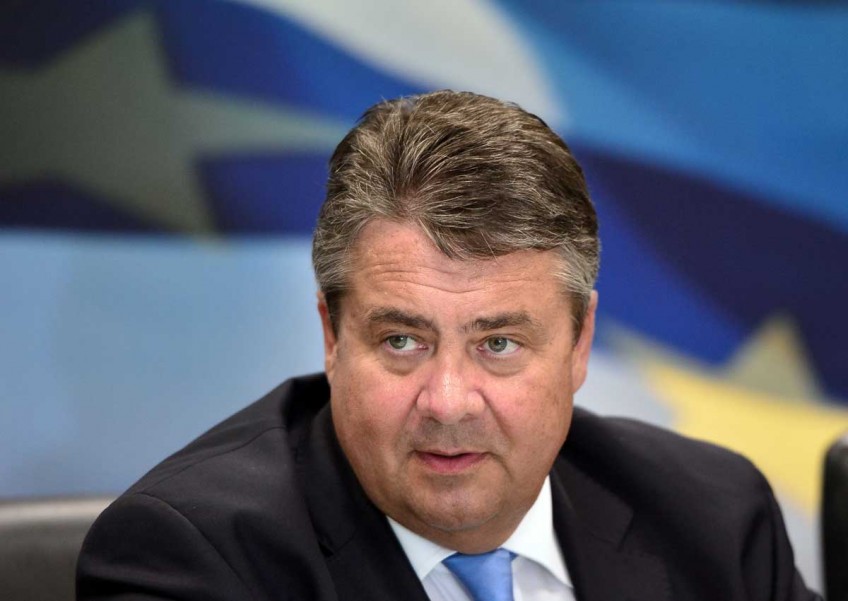 Germany's vice chancellor and economy minister Sigmar Gabriel talks to media during joint statement to the press with his Greek counterpart at the Greek finance ministry in Athens on June 30, 2016.
AFP

BERLIN - Germany should offer citizenship to young Britons living in Germany given that it was largely older voters in England and Wales who voted for 'Brexit' in last month's referendum, German Economy Minister Sigmar Gabriel said on Saturday.

Britain voted 52 to 48 per cent on June 23 in favour of quitting the European Union, with the referendum splitting the country along several lines such old versus young, England and Wales versus Scotland and Northern Ireland.

"That's why we shouldn't just pull up the drawbridge," Gabriel said at a European conference of his Social Democrat (SPD) party in Berlin.

Gabriel, who is also Vice Chancellor, said Germany should think about what it could offer young Britons and added the SPD had always been in favour of allowing people dual citizenship.

"Let's offer it to the young Brits who live in Germany, Italy or France so that they can remain EU citizens in this country," he said.

The opposition Greens party has also called for Germany to make it easy for Britons living in Germany to get a German passport.

Volker Bouffier, premier of the German state of Hesse - home to Germany's financial capital Frankfurt - told German newspaper Welt am Sonntag that "quite a number of Brits" were currently applying for German citizenship.