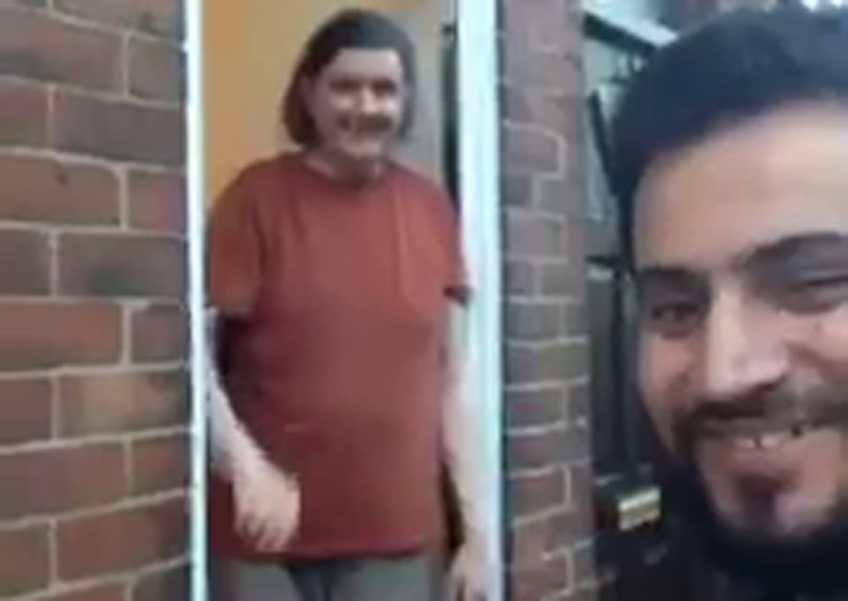 The heartwarming moment a kind stranger returned a man's wallet has captured the attention of hundreds of thousands of Facebook users.

Fast food delivery driver Peshraw Ahmed told the wallet's owner that he was compelled to return it because he is a Muslim and, according to Islam's teachings, any money must be returned to its rightful owner.

"I am a Muslim guy so you are lucky I got your wallet," said Ahmed.

"You are such a good person," said Gavin Meldrum, the owner of the wallet, which contained over £200 (S$355) in cash. He explained that he and his family really needed the money.

"I don't believe this is happening. You are such a kind person. There's nobody else like you in the world," said Meldrum.

"I'm so glad I made you happy," Ahmed said. "Happy? You just saved my life," Meldrum added.

Some comments on Facebook questioned Ahmed's motives for filming the encounter. Others commented to confirm that the exchange was genuine: "This man [Meldrum] came into my work yesterday when he lost [his wallet], he was quite upset and didn't think he'd get it back, so glad it was found," wrote one Facebook commenter.

An employee at Bare Grillz - where Ahmed works as a delivery driver - told Mashable he filmed the episode "to show the better side of Muslims".