'A good show': Why Asians in ex-British colonies tuned in to queen's funeral

People hold candles during the funeral of Britain's Queen Elizabeth, outside the British Consulate-General, in Hong Kong on Sept 19.

With world leaders and dignitaries flown in from across the globe, and a crowd of over two million people filling the streets of London, Queen Elizabeth 's funeral was closely watched in Britain and beyond, including in Asia.

Across the region, citizens tuned in to the state funeral – Britain's first since the passing of Winston Churchill in 1965 – on live streams on YouTube and other social media platforms.

Rather than due to colonial legacies or memories, Asians are likely to have been drawn to the intricacies of the ceremony that involved some 2,000 participants, observers said.

James Chin, professor of Asian studies at the University of Tasmania in Australia, said "people like the pomp and ceremony" that the British are known for.

"People are also curious [and will be tuning in] because there are so many heads of government and heads of state," Chin said, adding that there has not been a royal funeral for almost a hundred years.

Pointing out the distinction between a state and a ceremonial funeral, Chin said the queen's is a state funeral and of the "the highest order".

Chong Ja Ian, an associate professor of political science at the National University of Singapore said that many were likely drawn to the novelty of the event.

"There were mixed motivations. Some may have had colonial nostalgia, especially as the immediacy of colonial excesses fade into memory," Chong said.

"[Queen] Elizabeth II was also very good at public outreach, so no doubt others saw her as a celebrity," added Chong.

In a 2019 article marking the 200th anniversary of the founding of modern Singapore by the British, the city state's ambassador-at-large Tommy Koh said the drawbacks associated with British colonialism include a "racist and hierarchical" society, the lack of social services provided to the local population and the poor law and order situation.

Read Also
Queen Elizabeth's moments in Asia: From dinner with Lee Kuan Yew to being 'chased' in Malaysia 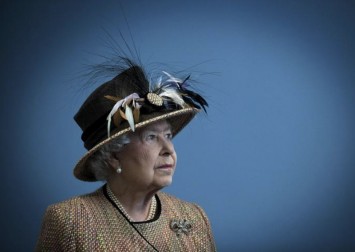 However, the British were also credited with leaving the tiny Southeast Asian country a free port, a belief in free trade, proficiency in the English language and a strong belief in the rule of law, according to Koh.

"Compared to the other colonial rules of Southeast Asia, the British were the least bad," Koh wrote.

The death of Queen Elizabeth has revived long-standing criticism over the monarchy's enrichment from the British Empire's colonisation of African, Asian and Caribbean nations.

Harvard University history professor Maya Jasanoff wrote in The New York Times that the queen's stoic presence in life as a "fixture of stability" underscored a "stolid traditionalist front over decades of violent upheaval".

Carnegie Mellon University associate professor Uju Anya posted a tweet – that has since been deleted – saying "may [the queen's] pain be excruciating".

In the deleted tweet, the professor also described the late queen as "the chief monarch of a thieving and raping genocidal empire".

Chua Guan Cheong, a Singapore-based Malaysian businessman in his forties, said many tuned in to the state funeral "more for the fanfare than about remembering our colonial past".

When it comes to Singapore and Malaysia, Chua said the British had left behind "a more positive than negative" legacy.

"For those born in the sixties, seventies and later, we are generally indifferent about historical colonial rule or the royal family," Chua said, noting that Britain will be remembered as part of the two countries' history and heritage.

Though he did not tune into the live telecast, Chua was saddened by the death of the monarch as the queen "was a fine lady".

Apart from Singapore and Malaysia, the likes of India, Myanmar and Sri Lanka were also part of the erstwhile British Empire.

Harsh Pant, a professor of international relations at King's College London said a large part of the public excitement in the region had to do with British royalty's celebrity status.

This was especially the case in India, where there was a lot of public interest in the lives, marriages and deaths of celebrities, Pant said. 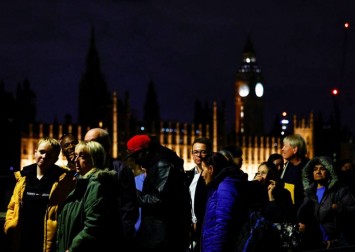 "Many people view [the monarchy] as quaint, premodern, but still very interesting to observe", he said, adding that there was hardly "any nostalgia about British colonialism" at least in India.

Pointing to the soft power that Britain has been able to command through the monarchy, Pant said that many were enthralled by the spectacle of the occasion.

"I think that made people go for it rather than any colonial hangover," added Pant.

It was the Japanese royal couple's first overseas trip since Naruhito ascended the Chrysanthemum Throne in 2019.