Google reveals some of the most popular search results in relation to the coming Valentine's Day, and also adds some tricks to Google Assistant for wingman duties.

With Valentine's Day around the corner, Google is revealing some of the pressing questions users have been asking it to get ready for the big day.

"To celebrate all the ways that people around the world show their love (as artists have done for ages), we're sharing our Romance Report to give you a global glimpse at how people look to say "Be Mine" in their own special way," says Google's gag-spokesperson, Olive U. Somuch, who has the job title of Not-So-Secret Admirer.

Search trends since last year's Valentine's reveal that one of the most popular questions about love is "What are the five love languages", referring to author Gary Chapman's 1995 book The Five Love Languages.

Somuch says search interest in "love languages" is at an all time high, with quality time being the most queried love language.

Read Also
How to enjoy Valentine's day 2019 on a budget 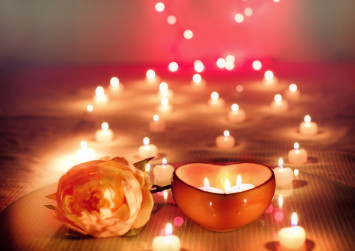 Another trend was questions on words of affirmation and advice on how to express their feelings.

In terms of physical affection, users worldwide Googled kissing nearly seven times as often as hugging. The questions appear quite innocent and include "How to kiss someone?" and "How to kiss well?" to "How to hug?" and "What is cuddling?".

Gift ideas were also a major search subject, with the Valentine's Day period being the second busiest week for these searches, beaten only by Christmas week.

On Valentine's Day last year, many users also tried to find new languages to say "I love you", resulting in a spike in Google Translate usage. Spanish was the most popular language to be translated, followed by Portuguese, Korean, French, Arabic, Russian, Japanese, German, Indonesian and Simplified Chinese.

Still need more help to be romantic? Google Assistant can assist with cute animal facts and will even sing love songs when asked.

Read Also
Valentine's Day experiences in Singapore 2019: 7 things to get you in the mood for love! 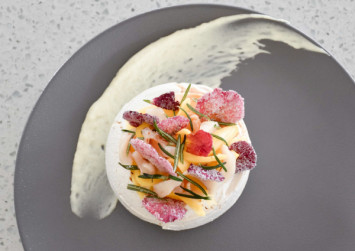 "To take a hint from our furry friends and learn how creatures across the animal kingdom show their affection, just say 'Hey Google, tell me a fact about love.' Spoiler alert: did you know that a male penguin proposes to a female penguin by throwing the nicest rock he can find by her feet? If she picks it up, they're engaged!" says Somuch.

Saying "Hey Google, serenade me" will cue it to play a love song while saying "Hey Google, Happy Valentine's Day" will prompt the assistant to teach the user how to say "I love you" in Korean, Mandarin, Hindi, French, Spanish, Danish, Gujarat, and Indonesian.

For users who aren't sure how close they are to their phones, say "Hey Google, do you love me?" to get a brief quiz which will determine what kind of special bond they have with Google Assistant.