Gorgeous video takes you on a trip above Mars 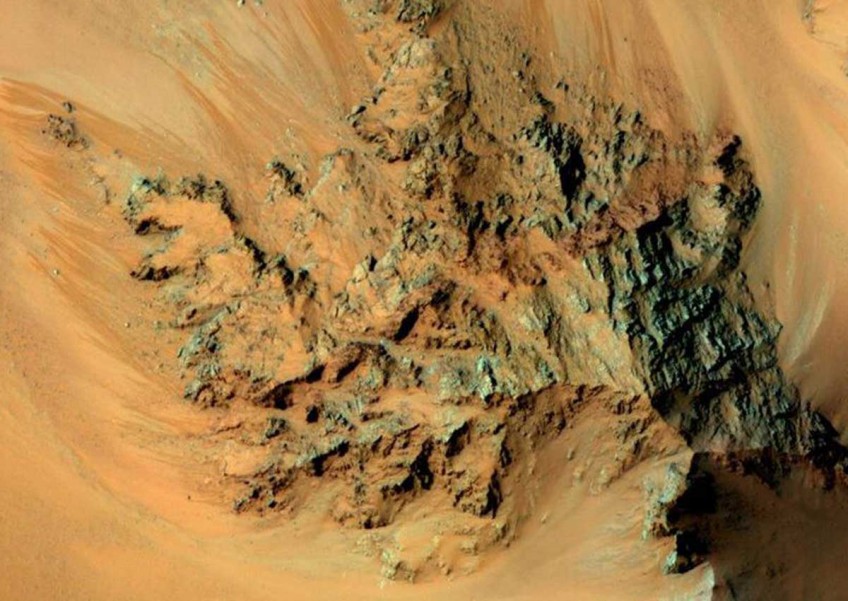 Mars as seen by the Mars Reconnaissance Orbiter.
NASA/JPL/University of Arizona

At the moment, NASA and other space agencies are operating satellites in orbit around Mars. The spacecraft are continuing to beam amazing images of the red planet's surface back to Earth, and some of the probes have even solved Martian mysteries in the process.

But what would it look like if you were up in space, flying above Mars yourself?

A beautiful new video making use of a high-resolution camera orbiting Mars aboard a NASA spacecraft shows you just that.

"I would love to see images taken by a landscape photographer on Mars, especially from the polar regions. But I'm afraid I won't see that kind of image during my lifetime," Jan Fröjdman, the creator of the video said in a description.

The images were taken by a camera onboard NASA's Mars Reconnaissance Orbiter, a probe that has been exploring the red planet from above for the past 11 years.

Fröjdman processed the images by picking reference points in the photos and then spending about three months converting them into 3D images.

NASA actually has a pretty huge fan base devoted to processing images beamed back from satellites in far-reaching parts of the solar system. Plenty of folks on the internet spend their time taking raw imaging data sent back from spacecraft all over the solar system and turning it into something beautiful for the world to see.

This is possible because NASA releases their images online for free, and the agency even encourages image processors to turn its photos into something beautiful as a way of bringing the agency's unique brand of space science to the masses.

The images in this video could be the kind of thing NASA astronauts see sometime in the not too distant future.

At the moment, the space agency is working toward flying people to orbit the red planet in the coming decades for a possible orbital or landing mission on the world's rusty surface.

For now, however, we're just going to have to make do with photos sent back from the red planet from the high-powered robots checking out Mars on our behalf.