Health care workers around the world face threat of violence, along with dangers of treating Covid-19 patients

Healthcare workers don personal protective equipment (PPE) as they wait for patients to arrive for testing at a One Medical testing facility built to help with the coronavirus disease outbreak, in the Bronx borough of New York City, US, on April 21, 2020.

Health care workers around the world have been cheered and praised for risking their lives to fight the Covid-19 pandemic. They have also faced violence and abuse, sometimes from the patients they were trying to help.

The first examples came in the central Chinese city of Wuhan, the initial epicentre of the outbreak.

Media reports told of doctors being beaten and threatened as people could not get treatment in overcrowded hospitals.

As the virus spread, reports of attacks against medical workers surfaced in other countries, some linked to misinformation on social media.

The International Committee of the Red Cross said it had reports of 208 Covid-19-related incidents against health care professionals in various countries between late February and April.

They included harassment and violence, as well as stigmatisation for treating the disease.

Besides the physical threats, the World Health Organisation separately reported a surge in pandemic-related cyberattacks.

“What this crisis has demonstrated is that we face these kinds of problems, unfortunately, across all kinds of countries and all kinds of circumstances,” said Maciej Polkowski, head of the Health Care in Danger initiative at the International Committee of the Red Cross.

Violence by people seeking medical attention or patients’ families was often driven by long waiting times at overwhelmed hospitals and the refusal to comply with infection control measures, Polkowski said.

Beside the reports out of China, a man in Britain was jailed for six months for kicking and spitting at nurses while being treated in hospital.

After a series of incidents, the Australian state of New South Wales introduced on-the-spot fines of AU$5,000 (S$4,800) for people who cough or spit on public officials.

“It just is appalling behaviour and I am so sad that our government has had to respond in this way,” said Brad Hazzard, New South Wales Minister for Health and Medical Research on April 8. 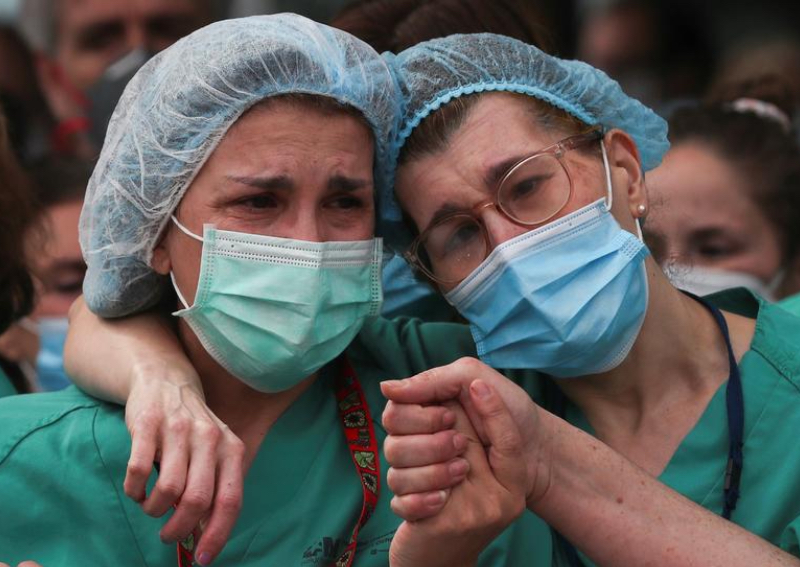 Health workers wearing protective face masks react during a tribute for their co-worker Esteban, a male nurse that died of the coronavirus disease, amid the outbreak, outside the Severo Ochoa Hospital in Leganes, Spain, April 13, 2020.  PHOTO: Reuters

Frustration, suspicion and anger were common among those who received false, conflicting or inconsistent information, he said.

He gave the example of governments who said no lockdown was needed, but then a family lost a relative to the disease and a doctor said they could not see the body because it was so contagious. 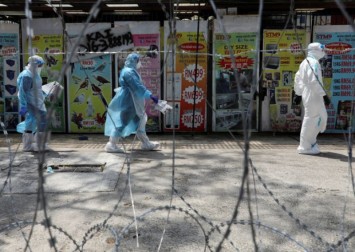 “If someone doesn’t accept that you need to follow restrictions … because they believe it’s not necessary, that’s very likely that they would have got that on social media and there is a lot of misinformation being spread.”

In some countries, medical professionals have also taken to the street to protest against the shortage of proper protective equipment from Covid-19, but some have been met with a harsh police response.

In early April, a day after 13 doctors in Pakistan tested positive for Covid-19, some 150 health workers protesting about the protective gear shortage were arrested as doctors clashed with police.

On average, 7 per cent of all Covid-19 cases worldwide are among health care workers, according to the International Council of Nurses.

More than 230,000 medical professionals have contracted the virus and more than 600 nurses have died from the disease. 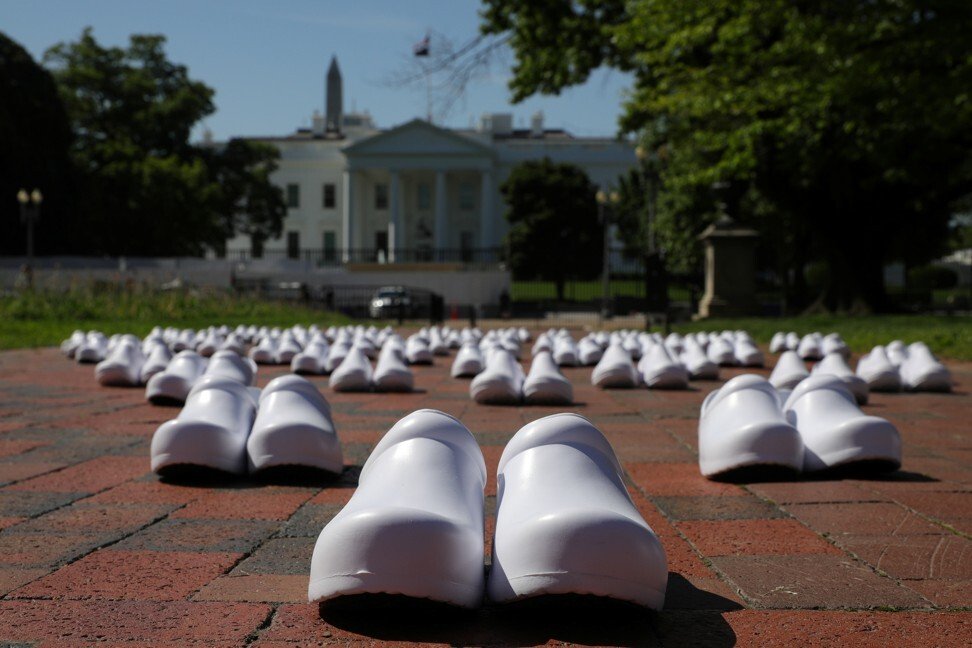 White shoes are displayed during a demonstration by US nurses on behalf of American health care workers who have died because of the Covid-19 outbreak. PHOTO: Reuters

Doctors faced other forms of intimidation in China. In the most prominent case, Li Wenliang was one of the first doctors in Wuhan to warn others about the coronavirus outbreak on social media on December 30.

He was then reprimanded by the police for spreading “rumours” and forced to sign a document prohibiting any further disclosure about the virus. Li later contracted the disease himself and died on February 7.

Separately, cybercriminals have also taken advantage of the pandemic. 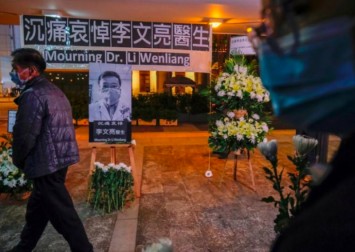 In late April, the World Health Organisation said it had seen a five-fold increase in cyberattacks compared to the same period last year.

On April 23, the WHO said a hacking attack had led to some 450 active email addresses and passwords at the health body being leaked online.

Scammers also impersonate WHO in emails to the public asking for donations into a fictitious fund.

For example, criminals impersonate health care professionals and email medical workers with what they claim is the latest research on the coronavirus.

Once the links or attachments were opened, criminals could obtain confidential patient information in the hospital system or other data, Lee said.

Other methods included distributed denial-of-service attacks to paralyse hospital internal systems and then demand a payout to remove it, said the consultant.

Read Also
Covid-19: For mothers working in the frontlines, it's a lot like a double duty 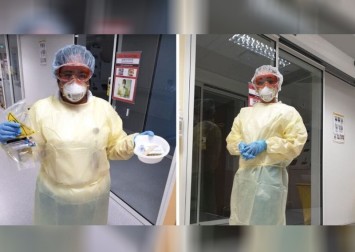 Ransomware attacks have become a serious problem for hospitals during the pandemic.

“In the pandemic, the medical sector is in such an urgency that it has been identified by attackers as a target that will likely pay,” said Tilman Rodenhauser, legal adviser to the International Committee of the Red Cross.

State-supported hackers also launched attacks on other nations to disrupt their capabilities for political reasons, he added.

A hospital in the Czech Republic conducting coronavirus tests was hit by a cyberattack on March 13, forcing it to delay tests, postpone surgeries and reduce operations, according to the International Committee of the Red Cross.

Hospitals in France, Spain, Thailand and the US have reported similar attacks.

“In the heat of a pandemic, where essentially all of us need medical facilities, all of us can be infected and all of our families may need [medical facilities], but certain actors try to manipulate or try to benefit from the virus,” Rodenhauser said.