Heathrow to cancel flights as Britain braces for more storms 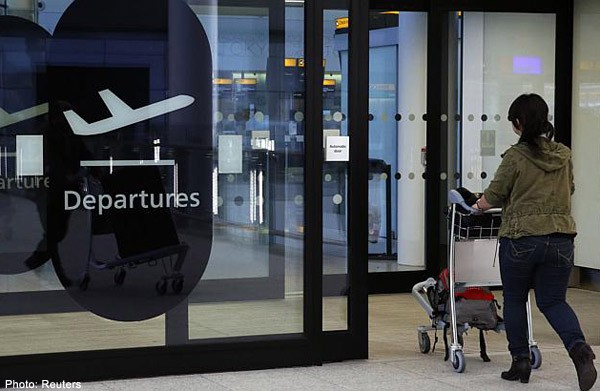 LONDON - Heathrow Airport has told airlines to cancel one in five flights during a two-hour period later on Saturday afternoon, as Britain faces further heavy storms and lightning that have hit many parts of the country in the last 24 hours.

Britain's Met Office said on Saturday that heavy, thundery showers will move across England and Wales, with amber warnings in place across much of the country.

A spokeswoman for Heathrow, the world's third busiest airport, said that one in five flights will be cancelled between 4pm and 6pm, (1500 to 1700 GMT), when there is a strong likelihood of poor weather conditions. "There is severe weather forecast at Heathrow for Saturday 19 July with a 70 per cent risk of thunderstorms, lightning strikes and hail storms," she said.

Among the roughly 20 expected cancellations are flights from destinations including Madrid, Dublin and Prague, according to the airport's website, with delays on a small number of other routes so far.

There are currently over 50 flood alerts in place across the country.