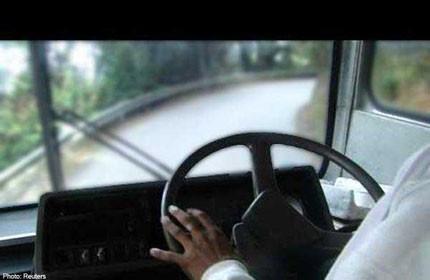 LONDON - Heathrow bosses outlined plans for a third runway at London's main airport on Wednesday, describing them as cheaper and quicker to build than rival proposals.

Heathrow is submitting its plans to a government commission looking into raising airport capacity, which is due to publish an interim report by the end of next year, with a final report due in mid-2015 after the next general election.

London mayor Boris Johnson is backing the development of a rival airport hub and earlier this week outlined his plans, which include a new four-runway airport 40 miles east of central London.

The British government and business leaders want to expand flights to fast-growing economies to ensure the country does not miss out on billions of pounds of trade. But with the UK's main Heathrow hub operating at 99 percent capacity, more runways are needed.

Heathrow, owned by Spain's Ferrovial, said it was submitting three options which propose a third runway being placed to the north, north west or south west of the existing airport.

Either option would deliver extra capacity by 2025-29 for 14-18 billion pounds (S$26-33.9 billion), and would be cheaper and quicker to build than rival hub options being proposed by Johnson and Stansted Airport, Heathrow said.

"After half a century of vigorous debate but little action, it is clear the UK desperately needs a single hub airport with the capacity to provide the links to emerging economies which can boost UK jobs, GDP and trade," Heathrow Chief Executive Colin Matthews said.

"It is clear that the best solution for taxpayers, passengers and business is to build on the strength we already have at Heathrow," he said.

Under pressure from liberals and green groups, David Cameron's Conservative-led coalition government overturned a decision to build a third runway at Heathrow after it came to power in 2010. It also ruled out expanding London's smaller airports.

Plans to expand the two-runway hub, operated by Heathrow Ltd, are opposed by environmental groups and local residents affected by pollution and noise.

Noise produced by airlines using Heathrow affects some 700,000 local residents, according to Britain's Civil Aviation Authority, more than any other airport in Europe.

Heathrow said it preferred the two westerly options as they minimise the noise impact on local residents though they would cost more, and take longer to build than the north option.

London major Johnson, opposed to expansion at Heathrow, has proposed that London should have a four-runway airport, which would be either a new hub 40 miles east of central London on the Isle of Grain, or further out in the Thames Estuary on an artificial island, or at an expanded Stansted airport, to the northeast of the city.

Each of these projects would be deliverable by 2029, costing up to 65 billion pounds, Johnson said.