Hitler watercolor to go under hammer in US 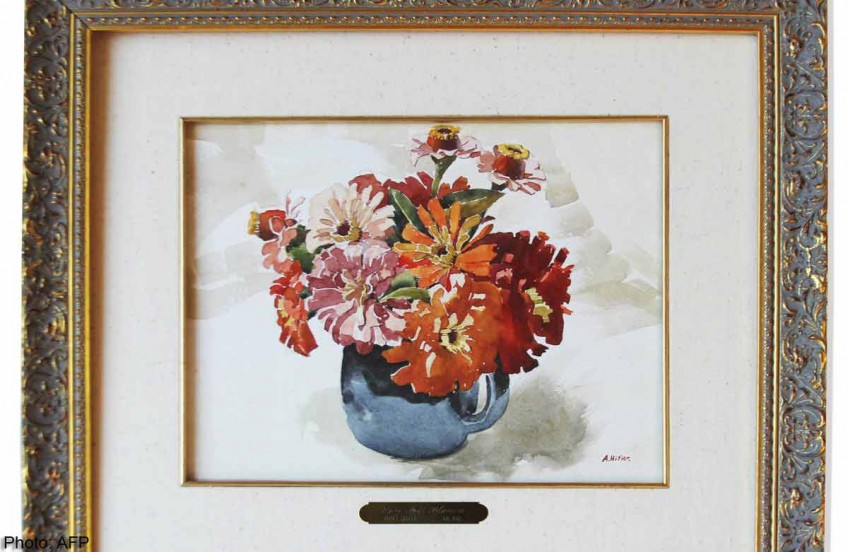 This handout photo shows a still-life watercolor painting of flowers by a young Adolf Hitler.

LOS ANGELES - A still-life watercolor painting of flowers by a young Adolf Hitler will be sold at auction in Los Angeles this week, organizers announced Monday.

The 1912 canvas, painted by the Nazi-leader-to-be when he was a struggling artist in his mid-20s, is going under the hammer at the Nate D. Sanders auction house on Thursday.

The 13.5- by 10.75-inch (34.3- by 27.3-cm) painting shows a blue ceramic pitcher holding orange, red and soft pink flowers - an unusual subject at a time when Hitler was focusing more on landscapes and architecture.

Hitler moved to Vienna as a young man to try to make it as an artist. Ironically, a Jewish art dealer believed in his talent and sold several Hitler paintings to wealthy Viennese Jewish clients beginning in 1911.

When the anti-Semitic Nazi leader swept to power in the 1930s his forces seized Morgenstern's gallery and he was deported to the Lodz Ghetto, where he died in 1943, according to the Los Angeles auction house.