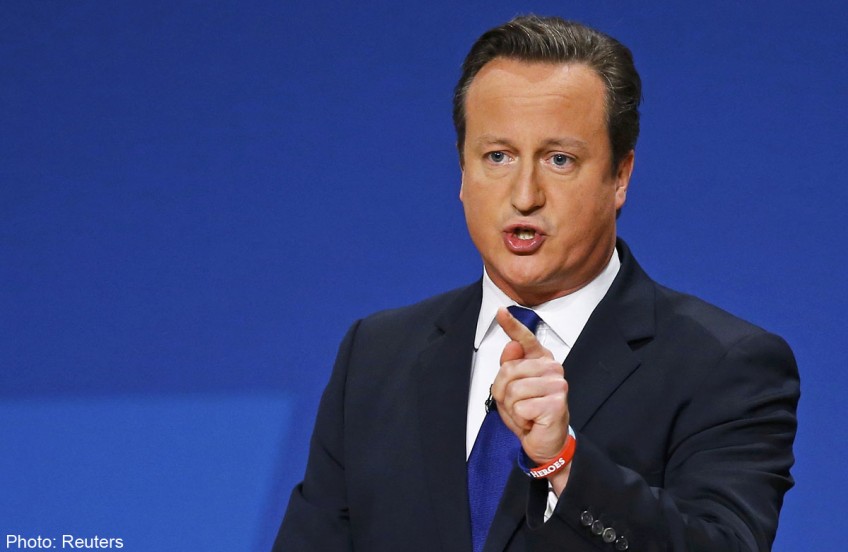 Cameron's spokesman said the British leader did not think the episode would damage London's ties with Washington.

British Prime Minister David Cameron on Tuesday defended his surprise decision to rule out a third term, insisting it was a "reasonable" move despite warnings that it undermined his authority just weeks before an election.

In a BBC interview aired late Monday, he even went so far as to name three potential successors from within his Conservative party, risking the prospect of a leadership race that could distract from the campaign.

"There definitely comes a time when a fresh pair of eyes or fresh leadership would be good. The third term is not something I'm contemplating," Cameron said.

His seemingly off-the-cuff remarks in the kitchen of his constituency home were unexpected, particularly as he is by no means assured of winning a second term in the May 7 vote.

The opposition Labour party, who are neck-and-neck with the Tories in the opinion polls, accused him of arrogance.

"It is typically arrogant of David Cameron to presume a third Tory term in 2020 before the British public have been given the chance to have their say in this election," said Labour campaign chief Douglas Alexander.

The Liberal Democrats, the junior partners in Cameron's Conservative-led coalition, said the premier was being "incredibly presumptuous". Out campaigning on Tuesday, Cameron said he had given "a very straight answer to a very straight question".

"Saying you want to serve a full second term for a full five years is a very reasonable, sensible thing to say," he said, adding: "I am taking absolutely nothing for granted." - 'Did he learn nothing from Blair?'

Commentators warned however that Cameron risked undermining his authority, with several raising the prospect that, even if he wins re-election in May, he will be dogged by questions about his leadership.

"Cameron fires starting gun on Tory leadership race," said the headline on the front page of The Times newspaper. Commentator Matthew Engel in the Financial Times wrote: "The notion that he might serve another full term, Obama-style, and then ride off into the sunset is beyond belief."

He added: "Lame-duckery looms already. Did he learn nothing from Tony Blair's long and unpleasant twilight?" Blair was Labour's most successful prime minister, winning three successive elections from 1997 onwards, but he was forced out of office earlier than he intended by finance minister Gordon Brown.

Blair's announcement the year before the 2005 election that it would be his last was viewed as fatal - Brown took it as the starting gun to step up his campaign to push the premier out of office.

Blair stepped down in 2007, after a decade in Downing Street. Britain's longest serving premier of the 20th century, Conservative leader Margaret Thatcher, said she would "go on and on and on", but was ousted by her party after 11 years.

All of them have been tipped for the top job, but the prime minister's remarks put their ambitions in a different light. Osborne said the premier's remarks were "refreshing", while Johnson said the furore was "a fuss about nothing".

"Five years is a very long time, and I'm sure he'll do a fantastic job in that period," the mayor said, adding: "The next leader of the Tory party is probably a babe unborn."