A worker stands outside the construction site of the new Best Sunshine Live casino at Saipan, a US South Pacific island, Nov 21, 2016.

HONG KONG - Hong Kong-listed Imperial Pacific, the owner of a multi-billion Saipan gaming project, is being sued by former construction workers who say they were victims of forced labour and human trafficking on the US-administered Pacific island.

Seven Chinese construction workers made the claim via a filing on Friday to the Federal Court in Saipan, part of the Northern Mariana Islands.

They are seeking unspecified monetary compensation for pain and suffering as well as punitive damages.

Imperial Pacific did not respond to a request for comment.

The lush mountainous island of Saipan, controlled by the United States since the end of World War Two, approved a casino in 2014, after which Chinese investment skyrocketed.

Imperial Pacific has the sole license to operate a casino in Saipan but has faced a slew of delays and setbacks to open its hotel resort.

Scrutiny of the project intensified after the death of a construction worker in 2017 and an FBI raid that found a list of more than 150 undocumented workers in a contractor's offices, as well as a safe containing several thousand dollars in US currency, several hundred Chinese yuan and employee pay stubs. 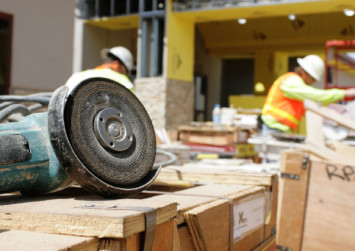 Several executives have resigned over the past year and worker protests have been a recurring theme as they claim unpaid wages and injuries.

The filing, which names Imperial Pacific as well as its contractors, MCC International Saipan Ltd and Gold Mantis Construction Decoration, alleges workers were required to work more than 12 hours a day and sometimes do a 24-hour shift.

It also accuses employers of withholding a portion of their wages and claims they often failed to pay them for weeks at a time.

MCC, which is owned by Metallurgical Corp of China, and Gold Mantis, a subsidiary of Suzhou Gold Mantis Construction Decoration, did not immediately respond to a request for comment.

The filing states Imperial Pacific knew about, or at a minimum, "recklessly disregarded its contractors' exploitive and illegal practices" and that the company was repeatedly told about the use of unauthorised workers on the construction site.

Crammed into dormitories, often with no showers or air-conditioning, plaintiffs were made to work on a construction site that was extremely dangerous, it said.

"One Gold Mantis supervisor, who had already physically beaten another employee, threatened to kill plaintiffs if they disobeyed him," it said in the filing.

All plaintiffs suffered injuries including a badly burnt leg, scalded hand and partially severed finger, according to the filing.

Saipan's casino commission has extended the deadline for the completion of the resort to February 2021. Imperial Pacific was contractually obliged to open the casino in March 2017.