LOS ANGELES - Australian Jeff Horn has no doubt that he was a deserving conqueror of Manny Pacquiao but believes only a rematch with the Filipino star will settle the controversy once and for all.

Horn stunned the boxing world with a unanimous 12-round decision over Pacquiao in Brisbane on July 2, a hotly contested result that triggered an outcry in the Philippines.

The World Boxing Organisation moved to quell the controversy by re-scoring the fight with a different set of judges - who found that Horn was the winner by seven rounds to five.

Horn, 29, told reporters in Los Angeles he welcomed the verdict of the WBO's review - even if he had been certain in his own mind of victory.

"If it had come back and they'd said I hadn't won, I would have still felt like I had won," the former schoolteacher said. "But to have them say to everyone else that had doubted it that I definitely won the fight gives me a sense of relief.

"I feel like I've defended the title already and I've only had it for a week." 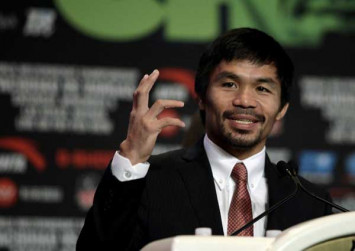 However, Horn acknowledged that the only way for the controversy to be resolved definitively was by climbing back into the ring with Pacquiao.

"I kind of feel it has been put to bed and that I definitely won the fight because it has been rescored," he told AFP.

Horn, meanwhile, said he had been stung by the criticism from veteran trainer and boxing broadcaster Teddy Atlas. In a post-fight interview shortly after Horn clambered out of the ring in Brisbane, Atlas told the Aussie he believed he had been wrongly awarded the fight.

"I was shocked at Teddy Atlas when he said straightaway after I won that he didn't think I'd won," Horn said.

"I was like, 'Thanks. Biggest fight of my life and you reckon I lost.'

"I lost a little bit of respect for Teddy after that."

Pacquiao, who has an option for a rematch, has indicated he plans to continue his boxing career but has not said yet signaled his intentions to veteran promoter Bob Arum.

Arum told AFP he believed Pacquiao would be reluctant to retire after a loss. 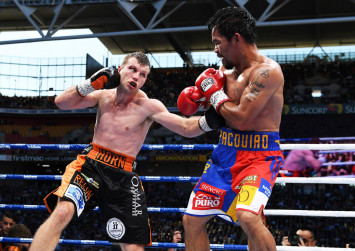 "I went in after the fight when he was being stitched up and I told him don't make any decisions for a couple of weeks," Arum said. "I would think he would probably not want to retire on a defeat."

The legendary promoter said any rematch in Australia would likely be held in November, with the Docklands Stadium in Melbourne the likeliest venue.

A return to Brisbane's Suncorp Stadium, the venue of the first Horn-Pacquiao fight, was unlikely because of the possibility of rain.

"But in Melbourne, you have a place that's bigger than Suncorp, which has a retractable roof so we don't have to worry about intense heat or rain."